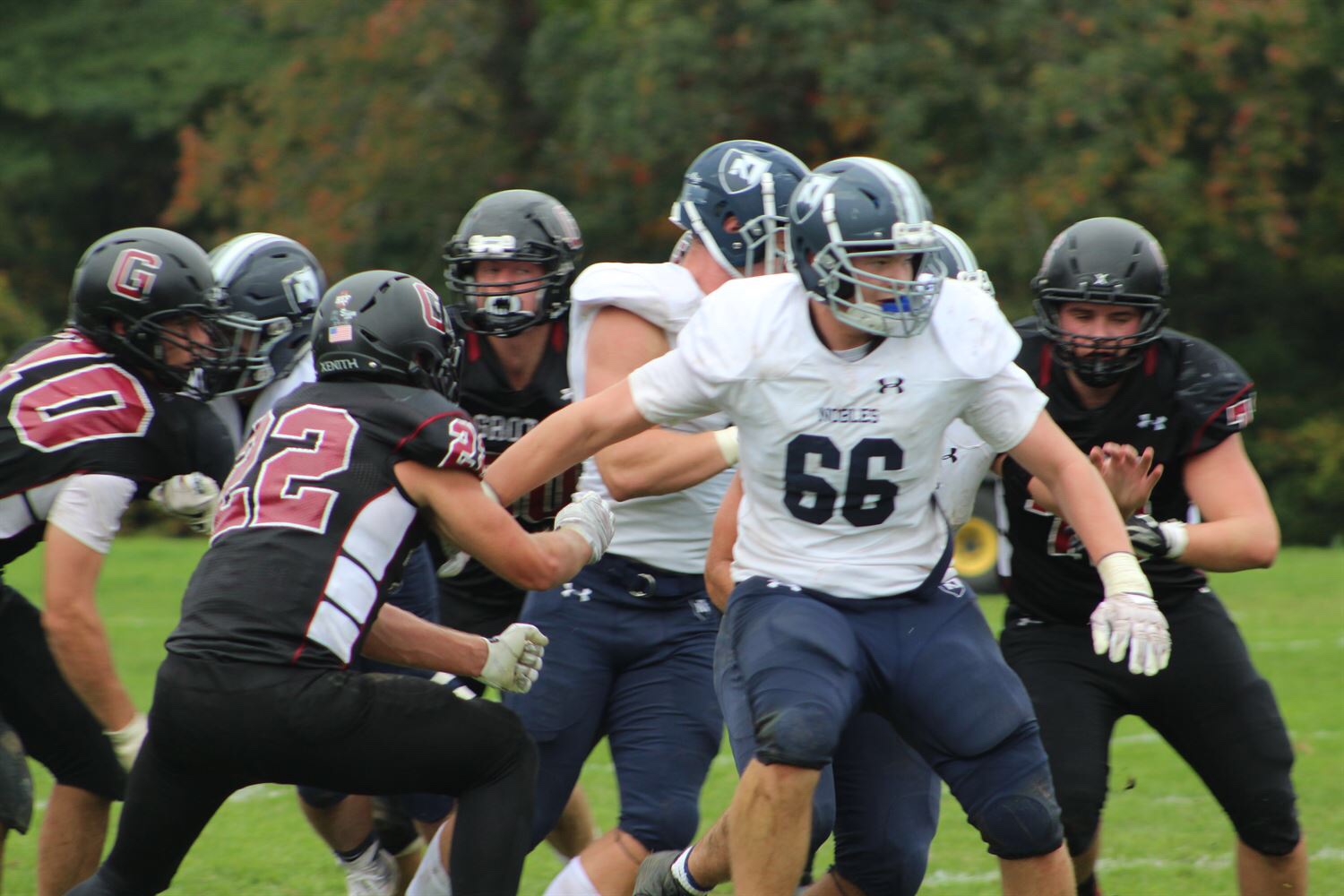 The Boston College football program secured its second four star commitment for the Class of 2021 last night as Nobles and Greenough guard Drew Kendall committed to the Eagles.

Landing Kendall, the son of former Eagle and 13 year NFL veteran Pete Kendall was a huge pick up for Jeff Hafley and his staff.

Kendall held off on committing before the season or even signing on Wednesday because he wanted to see what direction the program was heading in first. He obviously liked what he saw out of Hafley and his staff in year one and he opted to stay home.

At 6-4 260, Kendall has ideal size to play either guard or center. He plays with a solid base and gets consistent movement on contact. Kendall is strong as a single blocker. On double teams, he gets proper hip and hand placement, runs his feet vertically and can get to the second level, locate a defender and engage him.

Kendall is a terrific pass blocker. He takes a good short set and is patient. He anticipates pass rushers well and can punch and re-establish his hands. Watching him technically, you can tell he spent a lot of time in the backyard practicing with his father.

Kendall is terrific in space. You see it on counter, counter Trey power and punch (one back power). He does a good job of opening up, accelerating, getting up the hole and locating the second and even third level defender.

Kendall also played defense at Nobles. He has a motor and a quick twitch get off. He could play on that side of the ball in college and be effective.

Boston College was always the favorite to land Kendall because of the family connection but it was far from a given. Kendall took his time and rightfully so.

Now Boston College has landed Kendall and in the process laid the foundation for the next great offensive line at the Heights. Kendall can anchor that group.