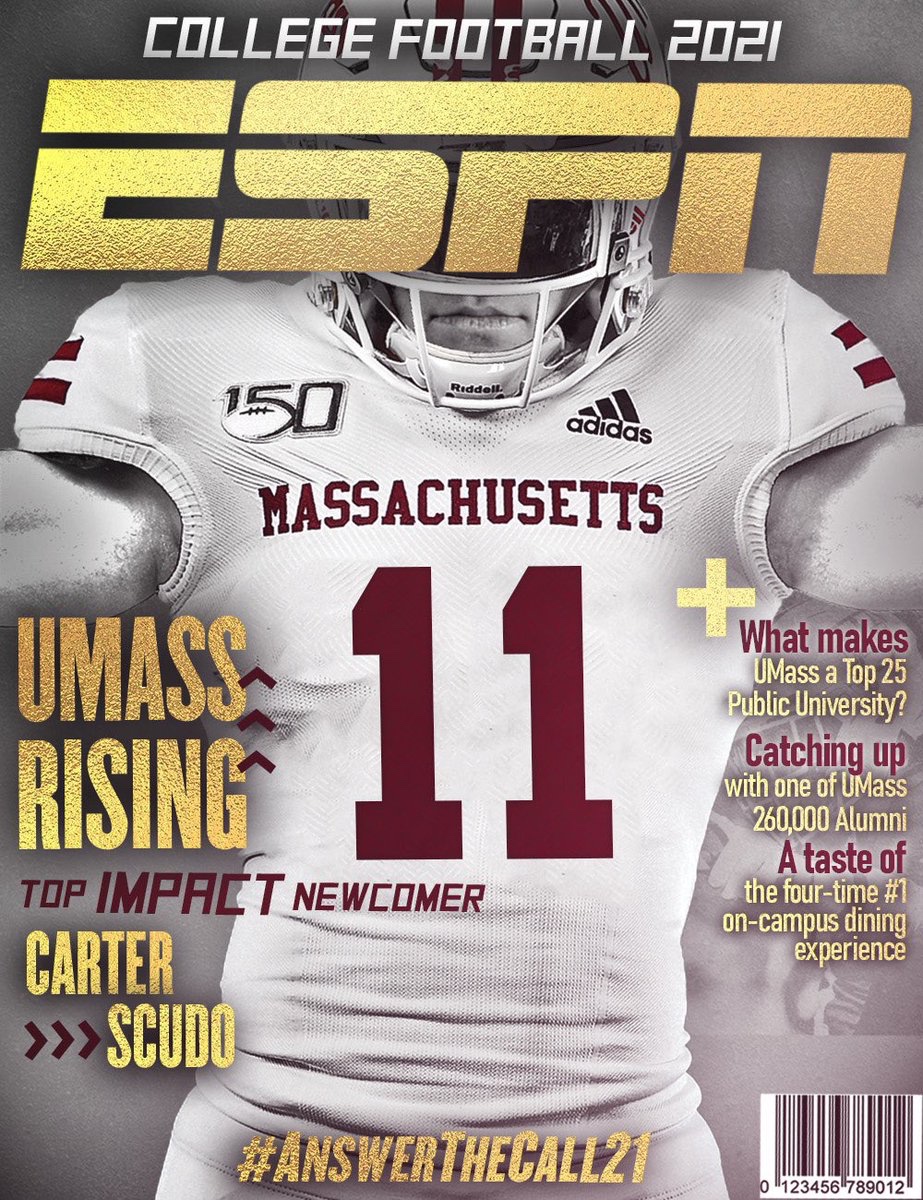 Walt Bell and his staff needed to upgrade the roster at several key positions and they did that with the 2021 recruiting class. The Minutemen signed 15 total players in the class.

The class features mostly three star recruits from various parts of the country. It reinforces the belief that Bell and his staff can recruit despite the program’s struggles on the field.

The highest rated player in the clsss is tight end Ryan Mosesso out of Nobles and Greenough in Dedham. At 6-5 260, Mosesso has the size and the skill set to generate match ups as an in-line and detached tight end.

Eni Falayi is the other tight end in this class. The Williston School product stands at 6-5 220 and is very athletic. Falayi profiles more as a move tight end but he has the frame to add thirty pounds and play in a more traditional role.

The Minutemen also added three athletes that have good size and can make plays on the outside in Alabama three star receiver Tray Pettway and athlete Javon Batten out of Brooklyn, New York. Both figure to get some early playing time as they look to spice up a passing game that lacks big play ability. Niquan Williams, also out of Brooklyn is another big play receiver that could make an immediate impact offensively.

Quarterback has obviously been a focal point since Bell got to Amherst and he added arguably the best high school quarterback in New England in Brady Olson (Milford H.S, Milford, Ma). At 6-3 185, Olson has a long frame with room to grow. He throws well in and out of the pocket and has plus arm strength. Olson is a self made prospect who has greatly benefitted from playing for his uncles Dale and Dana Olson. His uncle Dale is his high school coach.

Defensively, Bell and his staff focused primarily on the secondary. Kenny Dudley and Dorian Helm are both versatile safeties that can play a variety of roles. Dudley is more of a strong safety. He runs well and isn’t afraid to fill the alley. He can also play as the eighth guy in the box. Helm is more of your classic free safety. He can play over the top in a single high look.

Defensive tackles Aquan Robinson and Jonathan Martin give the Minutemen defensive lineman that could potentially make an impact early. Robinson can play tackle and end while Martin is a space eating defensive tackle that plays with surprising quickness.

Dominic Schofield (Milford H.S, Milford, Ma) is unranked player to watch. Schofield has good size and athleticism and can play a variety of roles in Tommy Restivo’s defense.

Overall, this class has the potential to make a big impact in the next two years. Many of them will need to play right away. It will be interesting to see how many of them are put on the field early.