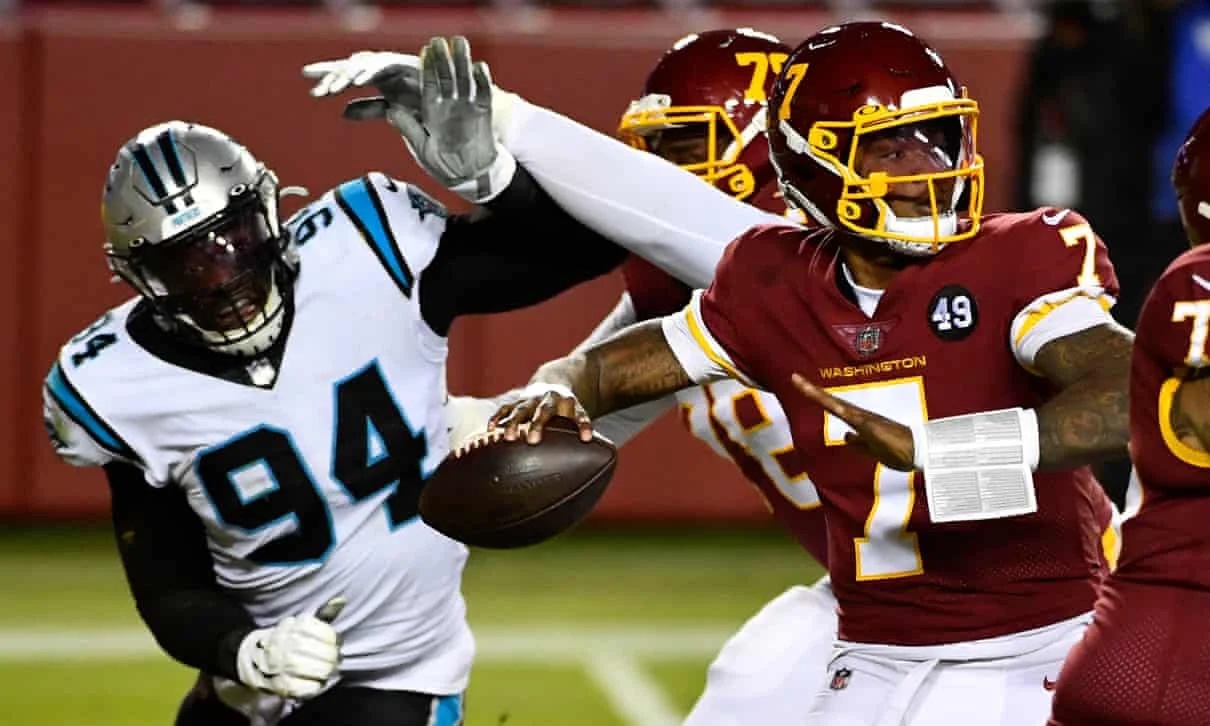 The Washington Football Team cut 2019 first round draft pick Dwayne Haskins this afternoon. Haskins was cut for a variety of reasons most notably for his performance on the field.

Haskins has struggled the last two seasons in D.C and was on shaky footing after Ron Rivera was named head coach and de facto general manager last off-season. After some questionable off the field decisions recently and his poor performance on the field the last two weeks, Rivera made the decision to cut Haskins.

Which begs the question. Should the Patriots put in a claim for Haskins or at least entertain signing him once he clears waivers? I say yes, why not?

He is only 23 years and is under contract for two more years at at roughly $3.6 million dollars per season. That is a decent chunk of change for a reclamation project but one that has a lot of upside.

Haskins has the potential to develop into a starting NFL quarterback but he needs to sit for a year and more importantly, he needs to grow up. He could certainly do both of those things here in New England.

Belichick needs to add at least two quarterbacks this off-season. Chances are that all three quarterbacks currently on the roster will not be back so why not add Haskins, shut him down for the season and then let him compete with a veteran and a rookie quarterback for the starting job next season. No harm no foul.

The starter of the future is not currently in the building for the Patriots. I am not implying that I think Haskins is that guy but if I were Belichick, I would stockpile young quarterbacks on the roster this off-season and try to find a long term solution. Haskins could be one of those quarterbacks.

There is no risk in taking a flyer on a young quarterback who has upside physically. Haskins is worth the investment.