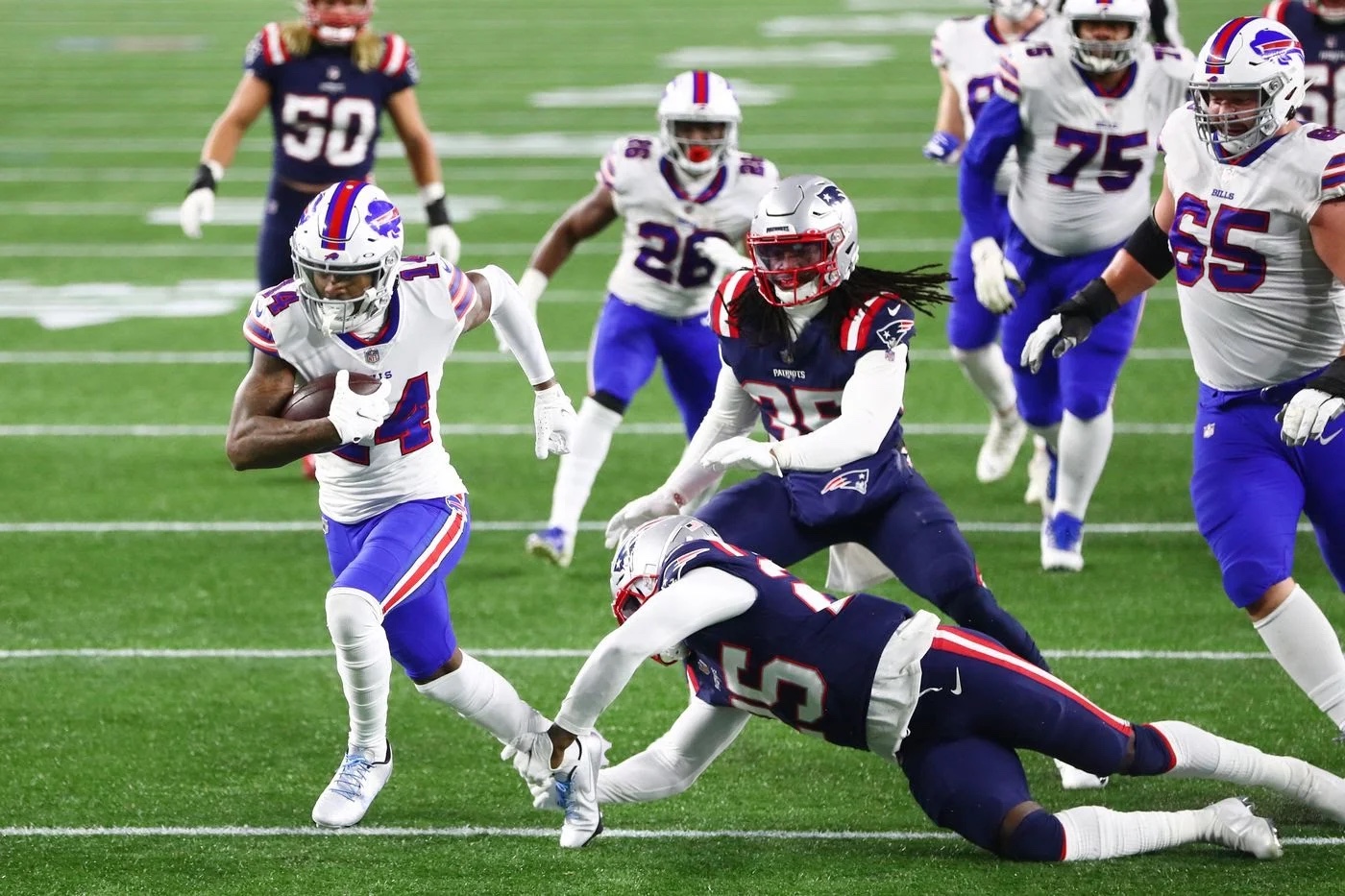 On January 4, 2020, the Patriots lost the first home game of the calendar year when the Titans beat them in the Wild Card round, closing out Tom Brady’s Patriots career.

On Monday night, the Patriots closed out 2020 the same way it began, with an embarrassing home loss. This time it was the AFC East champion Buffalo Bills hammering the Pats 38-9 to give Buffalo its first sweep over New England since 1999.

The Patriots (6-9) mercifully close out this debacle of a season next Sunday against the Jets while the Bills (12-3) have a chance to clinch the No. 2 seed with a home game against Miami.

“It was obviously a good performance today by Buffalo,” head coach Bill Belichick said. “They’ve got a good team, they’re well coached and they played well tonight. We just weren’t able to do much in any phase of the game, they outplayed us across the board.”

That would be an understatement, as Josh Allen put up 320 yards passing and four touchdowns while Cam Newton and Jarrett Stidham COMBINED to go 9-21 for 56 yards passing. That’s not a typo, that’s just how disgusting this season has gotten. Stefan Diggs hauled in 9 balls for 145 yards and three TD’s. The best any Patriot receiver could do was Jakobi Meyers’ 4/45 line.

Tied 3-3 after one quarter, the Bills scored three touchdowns in the second quarter around a Cam Newton 9-yard TD run to take a 24-9 lead into halftime.

A Zack Moss 5-yard TD run made it 10-3 before Newton’s run. Of course, Nick Folk missed the extra point to leave it at 10-9 Buffalo. A 4-yard Lee Smith TD catch and a Diggs 50-yarder where he torched JC Jackson gave the Bills their 15-point halftime lead.

The ugliness was just getting started as Newton was eventually benched for Stidham early in the third quarter. A Diggs 18-yard TD catch pushed the lead to 31-9. Buffalo finally capped the scoring in the fourth quarter when Allen hit Diggs from eight yards out for the 38-9 lead. Allen’s night was done after that as Matt Barkley came in for mop up duty to close out the beatdown.

“I think for me at the end of the day, whatever opportunity I’m given I want to try and make the most of it,” said Stidham when asked if he feels like he’d play better if given a full week or a full game to show what he can do. “Whatever opportunities I’m given in practice I try to make the most of it. Obviously one of the biggest things for development is experience. I’ve loved every opportunity I’ve had, but game experience…there’s nothing like it.”

While Stidham didn’t show much to warrant people clamoring for him to start against the Jets, Cam Newton has gotten worse and worse as time as gone on. As we watch his once great career slowly fade away into a cloud of mediocrity, where is he at mentally?

“You don’t get pulled out just because you’re having a standout game,” Newton said. “I’ll be the first person to say that there’s some things I could’ve done better. My standard what I have fo myself is never to blend in and be the status quo. There’s plays that need to be made on my part…you get what you earn each and every year.”

So, as fans get accustomed to seeing this brand of terrible football for the first time since the late 90’s, it’s hard not to wonder what’s next for this franchise. Can they rebound in free agency and the draft? Is this more than a one-year rebuilding process? There are a ton of unanswered questions, but if Monday night was any indication, the Patriots have a long way to go before they’re even on Buffalo’s level, never mind competing for Super Bowls again.