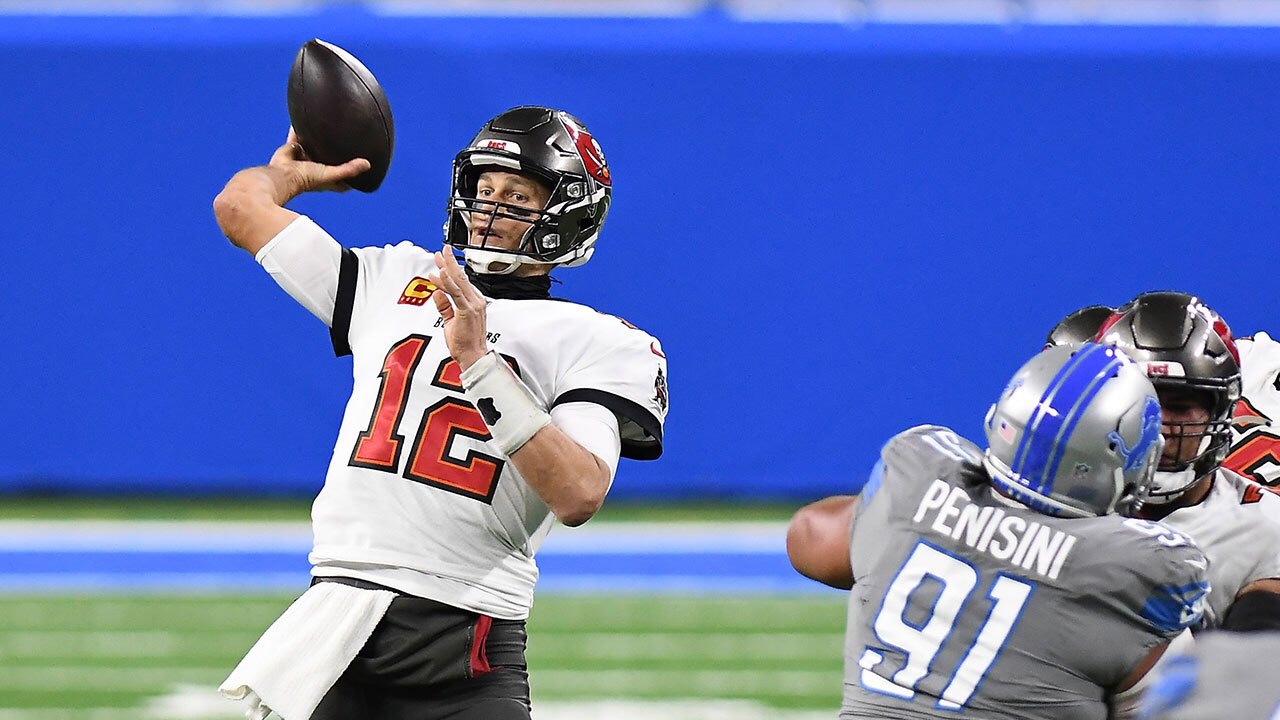 Well, that was fun, wasn’t it?

If you’re like me and you still need something to root for this football season because you can’t stand the thought of getting invested in the Celtics or Bruins just yet, thank god for the GOAT.

Tom Brady had arguably his best game in two or three years the day after Christmas as he and the Buccaneers thumped the Lions 47-7.

Tampa Bay (10-5) clinched its first playoff berth in 13 years with the dominant win that saw Brady (22-27/348/4) play just one half before Blaine Gabbert took over in the second half.

The Bucs played their most consistent game of the year overall, and even though it was against the hapless Lions, it could be a huge jumping off point if this Tampa team is going to make a run in the postseason.

“”It was very touching. I did my little two cents and then Lavonte [David] was going off – it was awesome,” head coach Bruce Arians said regarding the postgame scene and celebration. “Then, Mike Evans just dove over the top and said, ‘We’re in! We love you Lavonte, but we’re in!’ It was really cool. The joy on their faces – especially those guys that have been here – makes coming back to coaching well, well worth it.”

From the very first possession of this game it was evident the Lions had no interest in being on the field. Detroit entered the game extremely banged up, and once quarterback Matt Stafford left the game early in the first, the outcome was never in doubt.

Brady hit Rob Gronkowski for a 33-yard TD early for a 6-0 lead with a missed PAT, but he was just getting started. Mike Evans, Chris Godwin and Antonio Brown all caught first half TD’s from Brady while Leonard Fournette added a a 4-yard TD run for a 34-0 halftime lead.

“Just a great effort by the whole team,” Brady said during his postgame press conference. “Just happy for all of us to win the game and it’s great to be 10-5. We were 7-5 at the bye week and then won three straight, so that’s really important and we’ve got another big one next week against Atlanta, and then whatever happens after that is a bonus for us.”

Gabbert hit Gronk for another long TD on the first possession of the second half to make it a 4-0 game, ending Gronk’s day on a positive note as well. It was backups galore the rest of the way, but before that the Lions finally got on the board with a Jamaal Agnew 74-yard punt return. Tampa capped the scoring in the third with a 22-yard TD catch from Mike Evans for the 47-4 lead.

The biggest question surrounding this Buccaneers team all year has been consistency. The defense has seemingly always put the offense in a whole nearly every game, and the offense – up until this performance – has been the definition of helter skelter. Brady has always had a bye whenever he’s won a Super Bowl, so, now what? Can the Bucs finally slip that proverbial switch and go on a legitimate run despite not having that bye?

Well, it appears as if Brady is going to get an NFC East opponent to open Wild Card weekend, and I’d take my chances with him traveling to New Orleans or Green Bay after that.

In typical Brady fashion, he dodged the questions pertaining to these issues that are still in the future.

“Look, we have a home game against Atlanta next week,” he said when asked if not having the bye would affect Tampa’s Super Bowl chances. “That’s what I’m thinking about. Didn’t play very good in the first half against Atlanta and only played one half (against Detroit) so, I’ve got to go out and play well next week.”

Whatever happens next week, if you need something to root for because you aren’t ready for football season to end, there’s plenty of room on our TB12 Bucs bandwagon just in time for the playoffs.