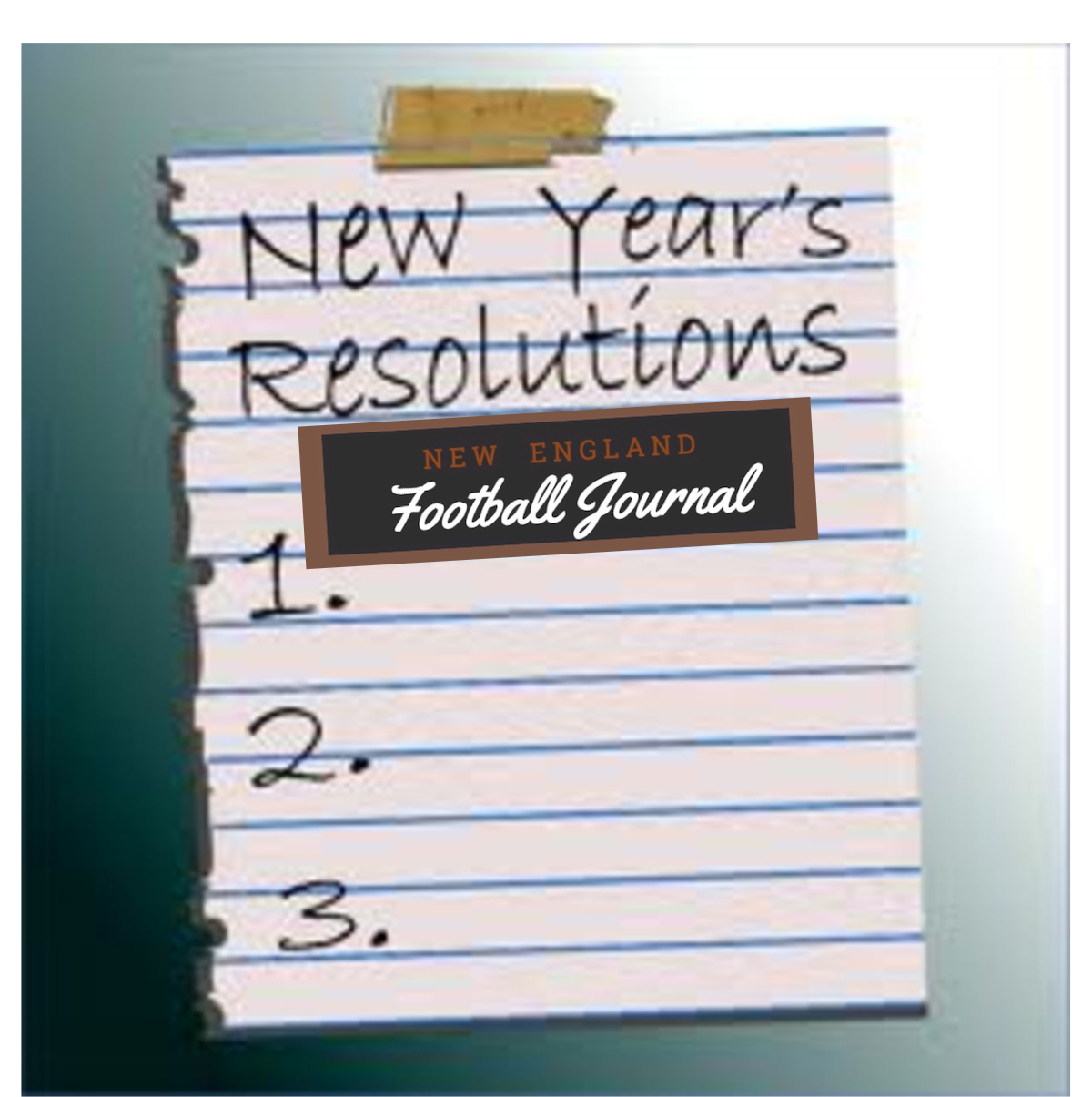 2020 is over and like every other year, there is renewed optimism surrounding the new year. Of course January is known for resolutions so here are five resolutions for New England football in 2021.

1. Patriots get back on track: 2020 stunk for a lot of reasons that have already been stated but one of the biggest reasons the year was awful was the Patriots. Tom Brady left in free agency in March and the team has plummeted to a 6-9 record this season, their first losing season since 2000.

My first resolution for New England football is that the Patriots turn things around in 2021. We are not used to them being this bad and it’s time to turn this thing around.

3. Play the Fall II and Fall seasons: We didn’t play high school football in 2020. The plan is to play the season at the end of February. We need to play the Fall II season. Kids need it. We can’t make excuses! Schools have played other sports and if they are going to play basketball or hockey, which are higher risk sports in my opinion, they can play football.

Let’s plan on playing two seasons of football in 2021. We deserve it after everything we went through in 2020.

3. UMass Turnaround: Here’s to a UMass turnaround in 2021. The Minutemen only played four games in 2020 and were only competitive in one of those games. They need to be more competitive in 2021. Walt Bell and his staff have recruited well. It is time for that talent to perform and play better.

The Eagles seemingly win six to seven games a year, every year. It is time for that to change. Hafley and his staff are luring four star talent to the Heights now. With improved talented, there should be improved results. Here’s to the Eagles winning eight plus games in 2021.

5. Let’s play Ivy League football again: I missed the Ivy League this past fall. I really enjoy covering Harvard, Brown and the rest of the league in 2019. It wasn’t the same locally with the Ivy League. I wish they were playing this spring like the CAA. Unfortunately, they are not. I am looking forward to the Ivy League returning in 2021. We miss them, we need them.