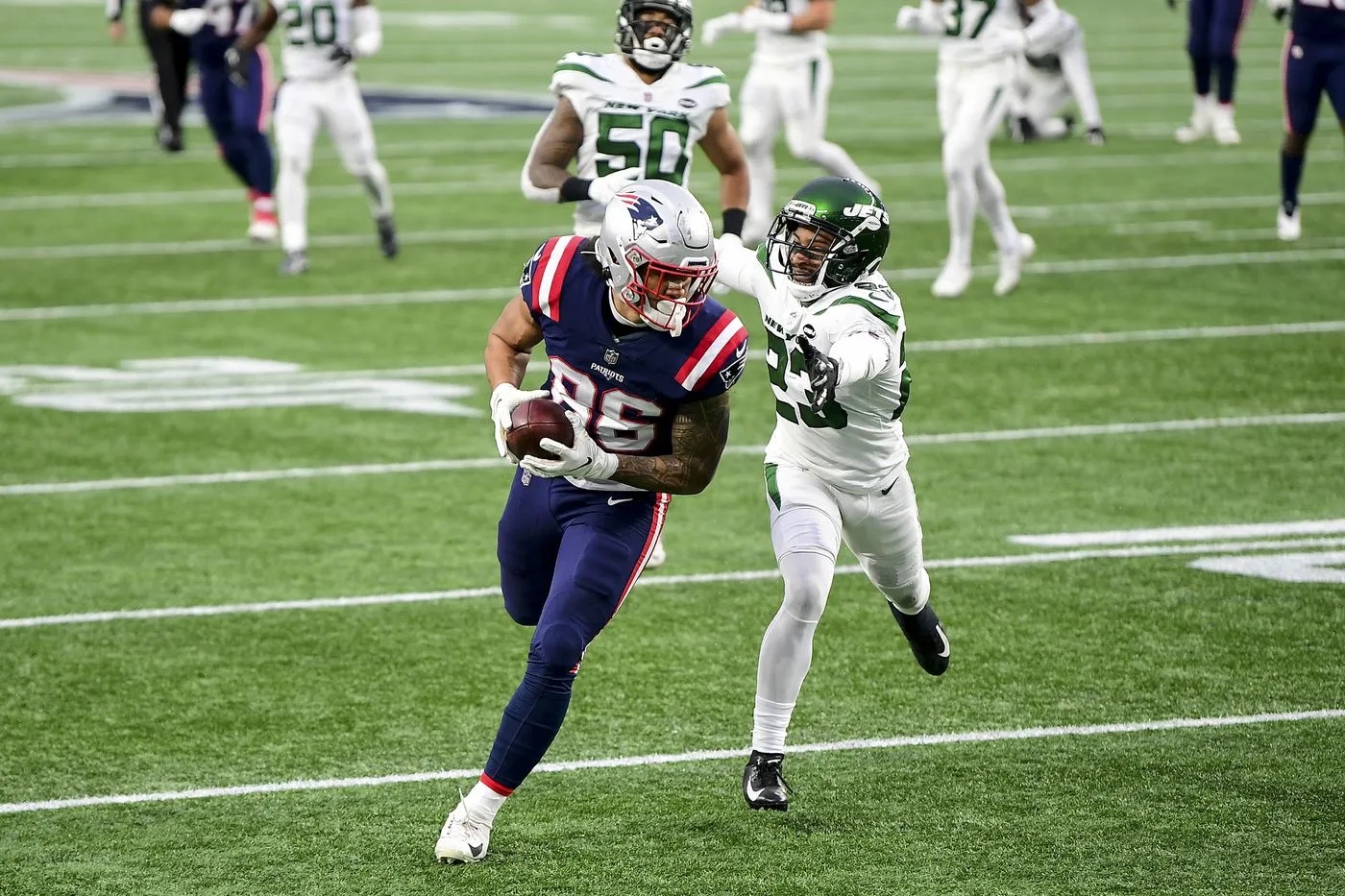 Where was this for the past three months?

Granted, it came against the Jets, but the New England offense looked great on Sunday in a 28-14 win to close out the strangest year in Patriots history.

Cam Newton was probably playing his last game in a Patriots’ uniform and made the most of it, throwing for 242 yards and three touchdowns without an interception. Newton caught a touchdown pass from Jakobi Meyers as well.

Gillette Stadium turned into a snow globe during the second half of Sunday’s game and it was hard not to look at the picturesque scene and think how much cooler it would have been if the Pats had something to play for. A win over the Jets to close out the year (and begin the new one) in the snow with a bye, home field advantage, or just another 12-4 or 13-3 record on the line would have made yesterday one of those classic memorable games at Gillette, but those days have quickly dissapeared.

The fact that it got this bad this quick is rather stunning, but it was bound to happen. The ultimate fate of the 2020 team was decided early in the year if you were able to take your pink hat off, and even though you could see what was coming, it was a jarring end to a season we weren’t even sure would happen.

To their credit, it seems as if the team never tuned the coach out and continued to compete despite the lack of talent assembled.

“Well, start by saying how proud I was of our team today, not only today but all year,” Belichick said Sunday. “Obviously our results this year weren’t what we had hoped for, but doesn’t change my appreciation for their efforts, what they tried to do…still not necessarily where we wanted to be here at the end of the year. Today was today. All we could do was control today. Again, I appreciate all the players, the way the team performed.”

You could argue that yesterday’s win hurt draft position even further (it did, they’re now picking 15th), but professional athletes want to win, unless you play in Philadelphia. It was reassuring to know that Belichick hadn’t lost the team with Sunday’s performance. That’s not to say that it was a throwback performance to the Brady days by any means though, the offense still struggled quite a bit.

Newton hit James White for his first TD catch of the season from 7-yards out to go up 7-0 early. The Jets tied the game at 7-7 heading into halftime on a Chris Hernodn 21-yard touchdown catch from Sam Darnold.

New York went up 14-7 early in the third on a Josh Adams 1-yard run. Newton led a 10-play, 58-yard drive that ended with Meyers hitting Newton with a beautifully thrown ball from 19-yards out, giving Cam the first TD catch of his career and tying the game at 14.

“I was teasing with him. I was like, listen, I’d like to thank my hands for really catapulting us and giving us the momentum to win. You know what I’m saying?” Newton said with a smile. “But, Jakobi is great, man. We had fun throughout this whole season, with this game. For the guys to battle back not even to blink going down seven points here the early part of the second half, guys just kept plugging away and found a way to win.”

JC Jackson picked off Darnold four plays later. The interception was Jackson’s ninth of the season, tying him for first in the NFL. More importantly, it was his 11th takeaway of the season, which passed Ty Law, Mike Haynes, Fred Marion and Asante Samuel for second all time in franchise history.

Four plays later Newton hit tight end Devin Asiasi for a 26-yard touchdown and a 21-14 lead. After a Jets punt, New England sealed the game when Sony Michel caught a quick pass from Newton and took it 31-yards to the house with Nick Folk adding his fourth extra point of the day for the 28-14 lead.

The Jets embarked on a 16-play drive that took up 7:53 before Darnold was picked off by Jonathan Jones late, the Pats punted and that was it, the 2020 season went out with a whimper.

We all called this last offseason the most important in franchise history. Well, Tom Brady left and Belichick failed to replace him adequately.

That means this offseason is now undoubtedly the one that could set the course for the next 15 years. I believe the best case scenario now is Jimmy G returns and Hunter Henry is on this team next year with him. You know what a good quarterback and tight end look like in this system, and the QB wouldn’t be starting from scratch.

Belichick absolutely can’t afford to blow this draft. Whether he uses the 15th pick or packages it for more picks just to piss us all off, this draft absolutely, positively, 100% cannot be a bust. It simply can’t. The talent gap between New England and the top AFC teams is pretty big right now, but there’s a path to shortening the length of time it takes to rebuild this.

If not, the Pats could be competing with the Sox for third and fourth place on this region’s radar sooner rather than later.