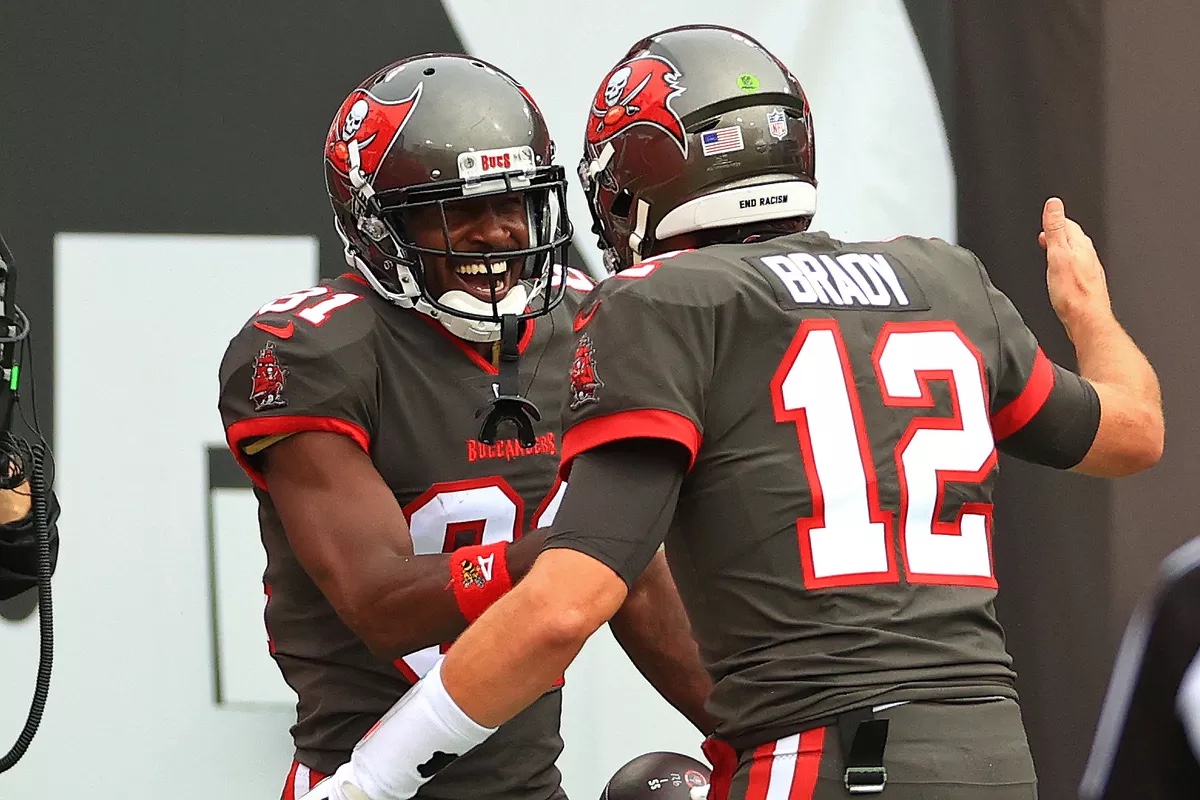 For the past four months, we’ve rode the roller coaster that has been the 2020 Tampa Bay Buccaneers season. Now, with a 44-27 win over Atlanta on Sunday, the Bucs have finished 11-5 and will head to Washington on Wild Card Weekend (I refuse to call it Super Wild Card Weekend). We’ve finally made it to the finish line, and now the quest for a seventh ring for Brady can commence.

The win over Atlanta wasn’t pretty, just like most of this Bucs season, but it did show us that TB12 is in is typical January form. Brady was 26-41 for 399 yards and 4 TD’s in the win. Brady’s going to need to be at his best considering it will be the longest road he’s ever had to take if Tampa is going to have a home game on February 7.

Tampa will not have a home game until the Super Bowl unless there are upsets along the way. As it looks right now, the Bucs will have to go to Washington and deal with a young, hungry defense led by Chase Young, then they’ll probably have to go to frigid Lambeau Field for the divisional round.

The Bucs did this to themselves with some putrid losses during the year, but, if Sunday’s performance is any indication, it may just add fuel to Brady’s fire.

“It all comes down to one game, now that the regular season is over,” Brady said following Sunday’s win. “It’s one football game. Who executes when the pressure is on?”

It’s a scary question when you look at the Bucs roster and the lack of playoff experience on it. The good thing is Washington has minimal experience in big spots as well, but the bad news is that the inconsistent Tampa offensive line will need to be at its best if they’re going to contain Chase Young and a hungry WFT with nothing to lose at home in primetime on Saturday night.

Chase Young sprinted off the field in Philadelphia on Sunday yelling he wanted Brady. That type of brash display has come back to haunt many players who have gone against Brady, but this guy is just different.

“It’s kind of like what Mike Tomlin was talking about. You don’t want to draft that high to get guys like that, but you’ve got to play against them. He’s a hell of a player,” Bruce Arians said Monday. “Obviously, making him a captain as a rookie speaks volumes. Both those kids from Ohio State – him and McLaurin – are great kids. He’s a handful, but so is [Montez] Sweat, [Daron] Payne, the rest of those guys. Ryan Kerrigan – I’ve had a ton of respect for [him] for a long time. We’ll have our hands full, but it’s one of those games where you better watch what you wish for.”

Perhaps the biggest development in the win over Atlanta was the breakout game for Antonio Brown. Mike Evans went down with a knee injury early, and Brown turned in his best performance, racking up 138 yards on 11 catches including two touchdowns. Chris Godwin had 133 yards on just five catches and two TD’s of his own. No matter how good that Washington pass rush is, if Brown and Godwin are going to put up that kind of production, the Bucs may waltz through the NFC.

“”You’re talking about two Pro Bowl-type players,” Arians said of Brown and Godwin. “When we signed Antonio, Chris was coming off an injury [and] Mike was coming off a bad ankle. It was like, ‘What happens if we lose one of those guys for the long haul? Let’s get [Brown].’ He’s fit right in so it’s a matter of I don’t think you can have too many good players. Obviously, with Mike going down in that ballgame [on Sunday], Tyler [Johnson] stepped in, Scotty [Miller] stepped in. The two lead dogs are Pro Bowl players, so I expect for them to step up.”

The defense will also be a huge factor if Brady is going to reach another Super Bowl. Wildly inconsistent all year (they almost blew the game against Atlanta too), if Tampa is going to have any shot at making a run, the defense is going to need to play complimentary football. This Tampa offense hasn’t shown enough ability to score consistently to get down in a 14-0 hole like it did far too many times this season. Don’t forget the running game as well, both Ronald Jones and Leonard Fournette will be crucial to any success this team will have.

Inexplicably, one of the biggest problems this year for the young Bucs were night games. So, with a prime-time matchup on Saturday awaiting, is Arians going to practice at night again like a weirdo?

“”I haven’t really made up my mind yet this week,” he said. “We’ll wait and see. If we do it, we’ll probably do it Wednesday just because it is a Saturday ballgame. I think we’re over that now. It shouldn’t be any problem.”

Whatever he chooses to do, there is no more time for “we’ll get there” or anything like that. The Bucs have a legitimate shot to be the first team ever to host a Super Bowl, but if they leave it all on Brady, they may be packing up for good Saturday night in Washington. That’s how thin their margin for error is, and Brady knows it.

“To do anything now, you’ve got to earn it,” said Brady. “That’s what it comes down to now. Who earns it and who puts (the time) in. Who can go out and execute when the pressures on, that’s what it’s going to come down to.”