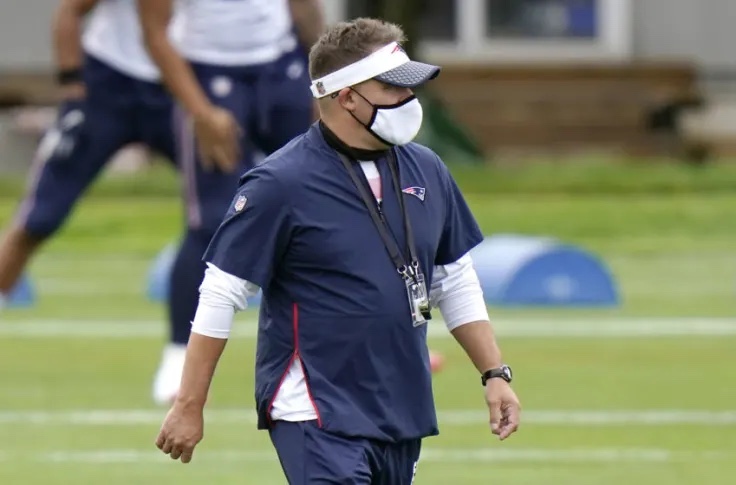 Now that the 2020 season has ended, it is time to access things and to figure out where the Patriots can improve for the 2021 season.

Aside from upgrading the personnel, which would go a long way in ensuring that this team can compete again, the Patriots also need to consider a philosophy change on offense.

It is too early in the off-season to tell as to whether or not Josh McDaniels will be staying in New England but one thing is certain. The Patriots need a change in philosophy offensively.

For years we have heard how complicated the Patriots offense is and how veteran receivers who were brought in struggled to master it and get on the same page with Tom Brady. Between the routes and the sight adjustments that need to be made by both the quarterback and the wide receiver, you need a masters degree in physics in order to fully understand the Patriots passing game.

Now I know people will look at the offense this past season and say there was nothing complicated about a team that played more snaps in 21 personnel (2 RB’s, 1 TE, 2 WR’s) than any other team in the NFL. You would be right. The Patriots weren’t complicated this season. Especially their running game. Their passing game however is a different story.

It is time to change that. Whether it is through a coordinator change or scaling things back and making the passing game more receiver friendly, the Patriots need to pivot philosophically when it comes to throwing the football.

Personally, I would not mind seeing Josh McDaniels pursue a head coaching opportunity or even make a lateral move. It worked with him when Tom Brady was here and he made the best of a tough situation last season with Cam Newton but the truth is, I am not sure I would trust McDaniels at this point to develop a young quarterback. Especially if the Patriots draft one early.

Of course, one can make the argument that McDaniels developed Jimmy Garoppolo and Jacoby Brissett, which is a fair point. However it is hard to say how much he developed them considering they didn’t play here much. You can make the argument he had a hand in their success early on but ultimately, their success as starting quarterbacks in San Francisco and Indianapolis is a by-product of the coaches they are playing for now. 

Scaling back the passing game and making it simpler is not a bad thing. Incorporating more spread concepts and RPO’s would also be a good thing. After all, that is where the game is going these days at all levels.

The Patriots need to upgrade the talent but they also need to update the offense otherwise they will have a hard time turning things around moving forward.