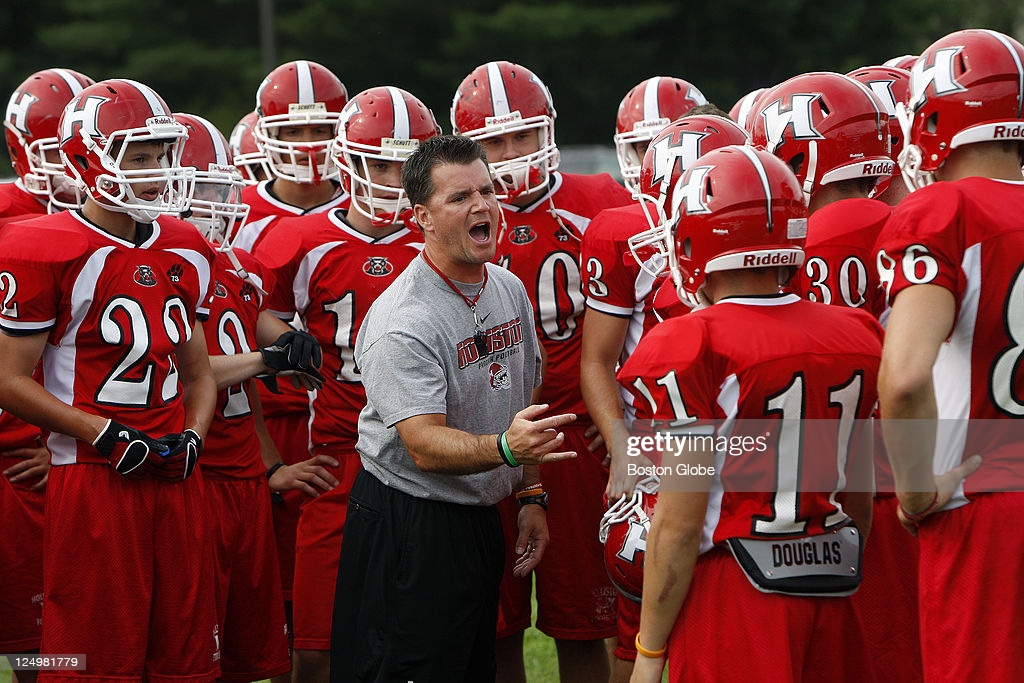 Whatever the game looks like and whenever the Fall II season actually starts, those five have been strapping up the pads for the varsity squad since they were sophomores and building towards the 2020 (now 2021) campaign. There are 13 total seniors on this Panthers squad, but those five have been three-year starters for head coach Todd Kiley, and he’d like nothing more than to see them go out as a group together.

“Guys dream about this opportunity playing football in Holliston since they were in third or fourth grade youth football,” Kiley said in a phone interview this week. “It’s unfortunate that these guys have had their senior year look like this, but we preach not worrying about things we can’t control. The guys have had a great attitude and they’re ready to go when we get the green light.”

For Kiley, most offseason routines are focused on one goal, preparing to be a state title contender. This year, Kiley has focused more on making sure his team is handling everything well mentally and emotionally, the game has now become secondary for everyone.

“We’re trying to keep the guys together and keep the team positive, that’s been my whole priority with this,” he added. “I want to keep these guys positive and make sure the mental health aspect is taken care of first and foremost. That’s where I see (the delay) hurting our kids the most, mental health wise. For some of these kids, it’s what keeps them motivated in life. We treat our program as an extension of the school day, which is why we try to not only hire great coaches but great teachers and great people as well.

“This is about way beyond the football field. It’s about making sure these kids are ready for the real world once they leave our program.”

It seems as if Kiley’s work on the mental side of things has paid dividends, since the Panther captains are locked in as if nothing has changed.

“As captains, we work hard to keep our players locked in at all times during this extended off season, we always look on the bright side of things,” said Ratcliffe. “One benefit of this “Fall II” season is we have more time to get stronger and become better overall players before our season begins.”

“Under the circumstances of this year, you can look at this season two ways,” added Athy. “Either sulk about not being able to play in the fall, or use this extended offseason to get in the best possible football shape, physically and mentally. Without the availability of coaches, most of us are doing strength and speed training in small groups, following protocols, and holding each other accountable. We are also using this time to dive into the playbook and film on both sides of the ball, so we are prepared to go on (February) 22nd. We were fortunate to have a passing league we did this fall and included some of the younger guys, we also invite the younger guys to do field work regularly to try to get them up to speed since they’ve missed out on the usual team off-season workouts.”

The “core five” will be relied on heavily, with Athy, Ratcliffe, Benson and Lyons taking over captain duties, but Holliston will be very deep once things kick off next month. Benson is roughly 800 yards shy of the Holliston rushing record, while Athy, Schneeloch, Lyons and Ratcliffe will all be problems for opponents to deal with on both sides of the ball. Ratcliffe’s uncle, Peter Carmichael Jr. is also the offensive coordinator for the New Orleans Saints.

“To say he comes from a football family would be an understatement,” joked Kiley.

Timmy Aylward, Kevin Balewicz, Ryan Stanwood were also a few names Kiley highlighted as guys he hopes will be key contributors this year. Overall, this Holliston squad could be one of the best in recent memory, and that’s saying something given the program’s sustained success.

“This is a real good group we’ve got coming back,” Kiley said. “These kids feel like we fell a little bit short last year against a team we felt like was the best or one of the best teams in the state. These kids are hungry to get going again with a lot of starters returning, so that alone is enough to keep them motivated.”

While questions continue to swirl, these Panthers aren’t even thinking about the prospect of not having a season. The only thing on the collective mind of the Holliston program is adding to an already sterling legacy.

“We are not even thinking about not having a season because of how devastating that would be to so many athletes around the state,” said Athy. “I hope that whoever is making the decision does not consider cancelling the season as a possibility, because we have seen football being played safely around the country. Football is something that is so much more than just X’s and O’s, the life lessons and bounds that we make playing football can be understood by somebody who ha never experienced it. As seniors going into this year, we are very hungry to compete for a league title and whatever happens after that. Many of us seniors started for the last two years on teams that won both a TVL title and South sectional title while going 19-3 over our sophomore and junior years. We are hopeful for the opportunity to add to that legacy.”

“No matter what happens, I will forever be proud of my teammates on how we attacked this extended offseason,” added Ratcliffe. “We have all been preparing hard for our next game, not knowing when or if it will happen. A football team is a brotherhood and this pandemic has allowed us to become closer as brothers. Teamwork and hard work, on and off the field, is what this program is built off of.”