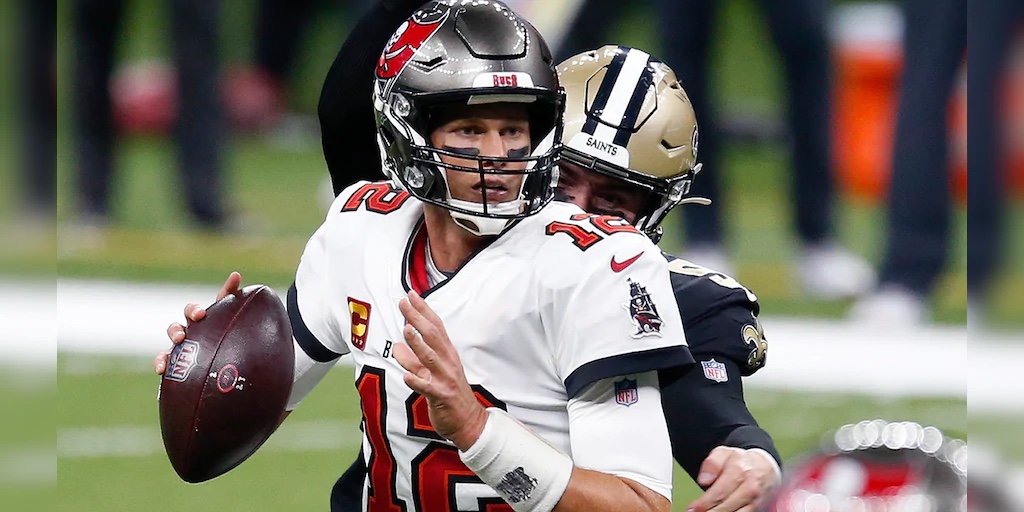 The Buccaneers defeated the New Orleans Saints 30-20 on Sunday to advance to the NFC Championship game for the first time since 2002.

The Buccaneers however didn’t get over over the Saints hurdle because of Brady. It was their running game and their defense forcing four turnovers that propelled Tampa Bay to the conference title game.

Brady was a pedestrian 18/33 for 199 yards and two touchdown passes. He played well enough for the Buccaneers to win but he was far from the reason they won the game. The national media acts as if it was all him but it wasn’t.

Brady will need to play much better on Sunday if the Buccaneers are going to advance to Super Bowl LV. Aaron Rodgers and the Packers are a different team this time around than the one the Buccaneers beat 38-10 in Week 6.

There is doubt that Brady will bring his A game on Sunday. The cold and the snow being forecasted will not affect him. The rest of the Buccaneers however might be a different story.

If Brady is to complete this magical first season in Tampa by leading the Buccaneers to the Super Bowl in their home stadium, he is going to need to be vintage Brady on Sunday. Anything less won’t be good enough against Aaron Rodgers and the explosive Packers.