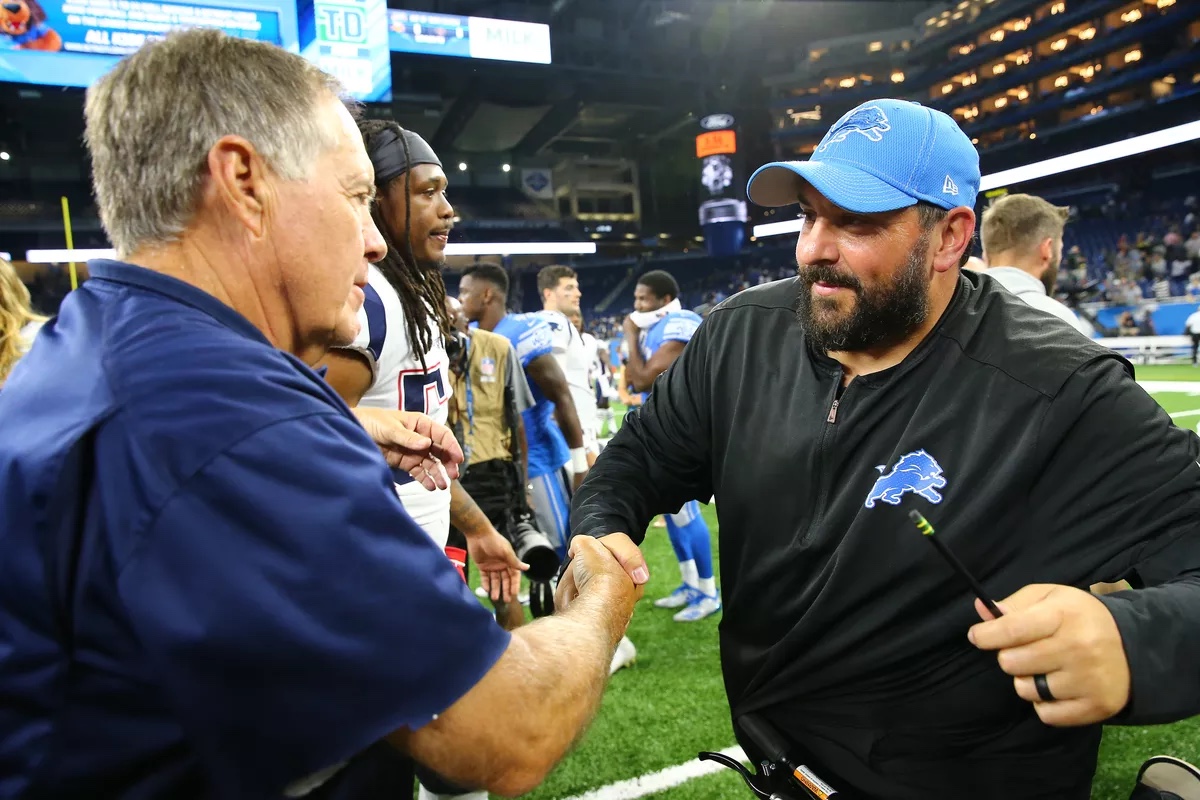 The Patriots announced yesterday that they have rehired former defensive coordinator Matt Patricia. The organization did not specify a title for Patricia, only saying that he will assist head coach Bill Belichick in a variety of roles.

Patricia is a trusted Belichick assistant who cut his teeth in New England from 2004 to 2017 as a defensive assistant, position coach and coordinator before becoming the head coach of the Detroit Lions.

Patricia spent three seasons in the Motor City finishing with a 13-29-1 record. Patricia’s tenure was a disaster by all accounts. He dealt with several player issues, most notably cornerback Darius Slay who was traded to the Eagles last off-season as a result of his relationship with Patricia.

Either way, bringing back Patricia makes sense because he is an experienced assistant coach who knows the system and what Belichick is looking for. He adds value to the staff.

It is hard to bounce back after being fired as a head coach. I could relate to Patricia to a certain extent after stepping down as a high school head coach and returning to my old school as an assistant. It is not easy but the familiarity helps you bounce back as a coach.

It will be interesting to see how long Patricia sticks around. Does he stay for a couple of seasons and then pulls a Brian Daboll and leaves for coordinator job? Time will tell.

For now, Patricia is back and while we are not quite sure what he will he doing. It is an opportunity for him to revive his career and in many ways, his reputation.