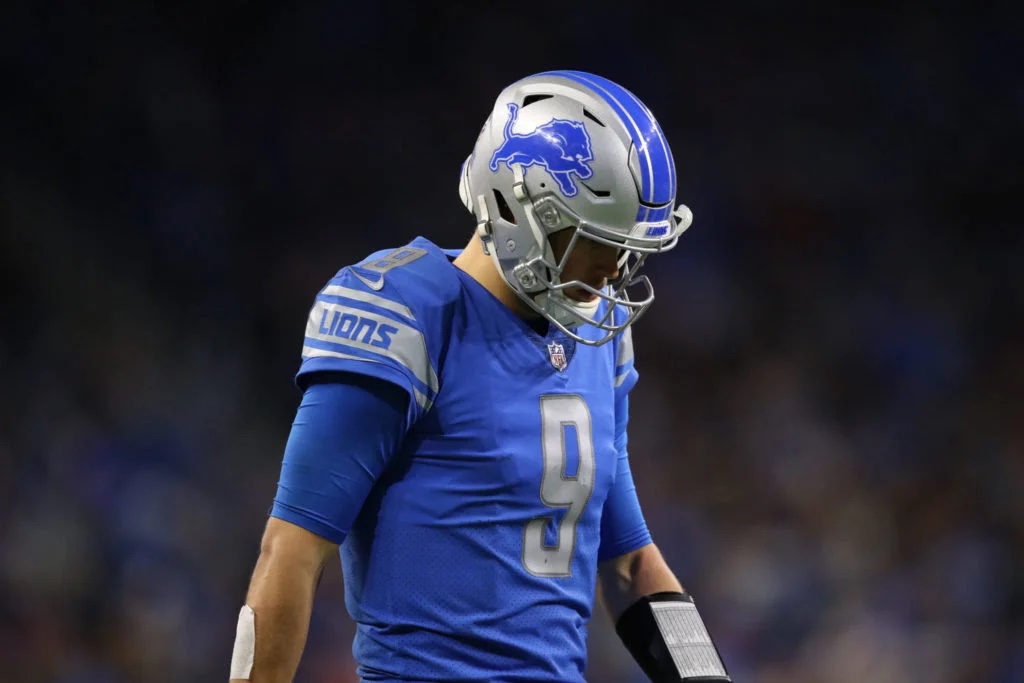 The Detroit Lions announced yesterday that they are putting quarterback Matthew Stafford on the trade block after the veteran quarterback requested a trade.

Detroit on the other hand, is in a good position because so many teams are in the same position as themselves and the Patriots. They need a quarterback.

The Patriots are in no position to trade the 15th pick in the first round for Stafford. They have too many needs. Trading away a first round pick for an aging, injury prone quarterback is not the way to build a competitive roster next season. The Patriots need to draft a young, impactful player with their first round pick.

Conversely, if you are Stafford, why would you want to come to New England? You will go from throwing to Kenny Golliday, T.J Hockenson and Marvin Jones to an old Julian Edelman, N’Keal Harry and Jakobi Meyers. Yeah. No thanks. Stafford would want to play with a skill group that gives him a chance to win. That’s not going to happen here. At least not now.

The Patriots are not the ideal trade partner for Stafford. They can do their due diligence and inquire but that’s it. Trading for Stafford makes zero sense! It’s like trying to force sand up a flee’s ass. Can’t happen.

It’s time to move on from this foolish idea.