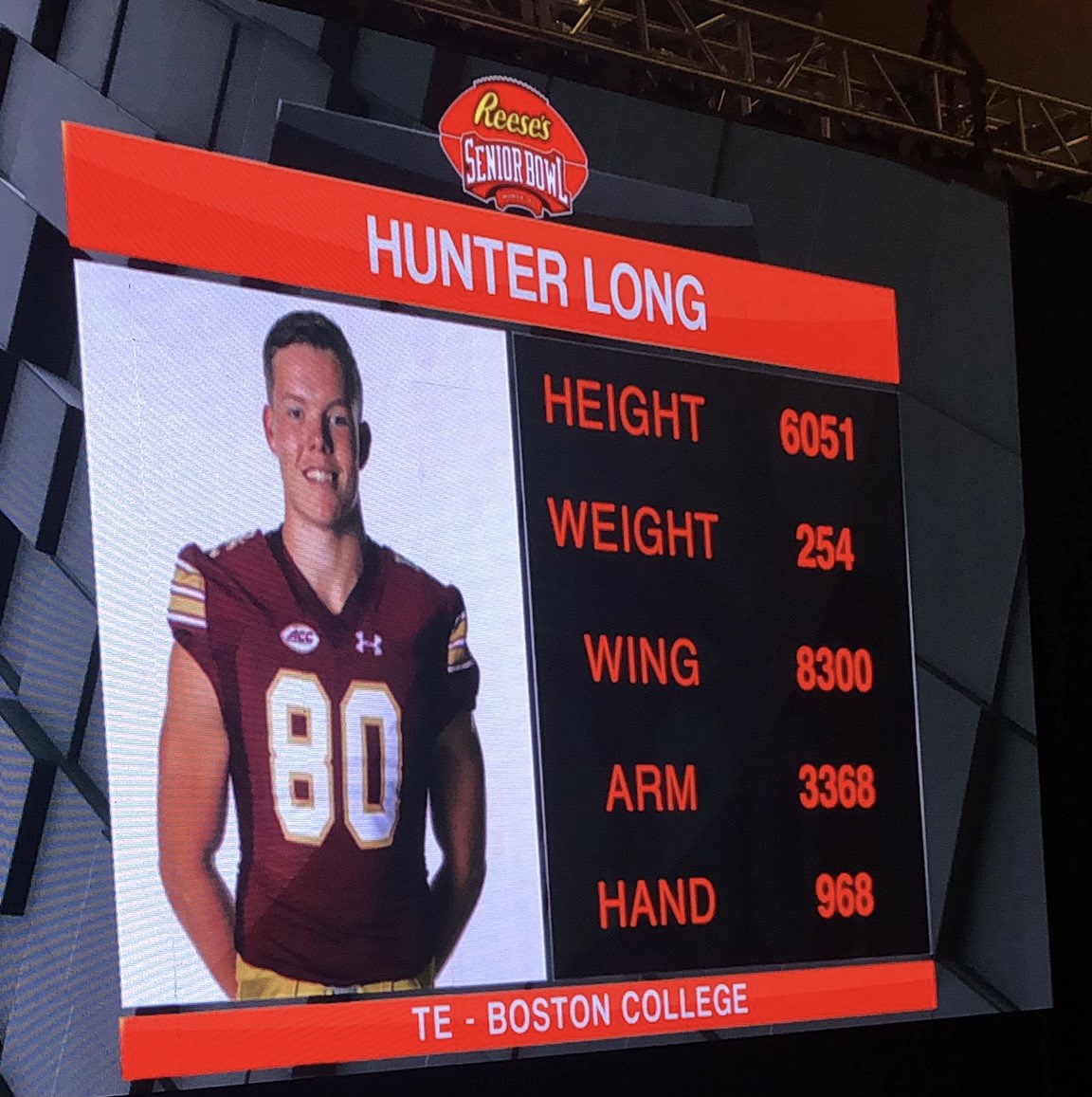 Former Eagles tight end Hunter Long could really elevate his stock with a good week at the Senior Bowl in Mobile.

Long is coming off of an impressive junior season in which he caught 57 passes for 685 yards and 5 touchdowns. The Exeter, New Hampshire native averaged 12.0 yards per reception. That is impressive!

Long become first year quarterback Phil Jurkovec’s security blanket and was used in a myriad of ways by first year offensive coordinator Frank Cignetti. That versatility is what made one of the Eagles top two targets last season.

The aforementioned versatility is what is going to make Long an appealing prospect both this week and in April’s Draft. Long measured in at 6-5 254 pounds. He has the size and athleticism necessary to be a starting tight end in the NFL.

Long is effective both as an in-line or off-line player. He is a fundamentally sound blocker who gets proper head and hand placement on a defender. He is strong enough to get consistent movement on single blocks. Long can also get a clean release off the line of scrimmage and create separation against second and third level defenders consistently.

As an off-line player, Long can be moved around in formations and create one on one match ups. He is a tough cover in the middle of the field. Especially on seam and crossing routes. Long will generate matchups. Especially in the red zone.

Long needs a good week of practice and he needs to play well in Saturday’s game. If he does, he will really elevate his stock.

Long has a chance to be the third tight end drafted in April. With a strong week at the Senior Bowl and a good pro-day, Long could be a day two pick. That would quite a story for a kid who grew locally in New Hampshire and played his college football locally at Boston College.