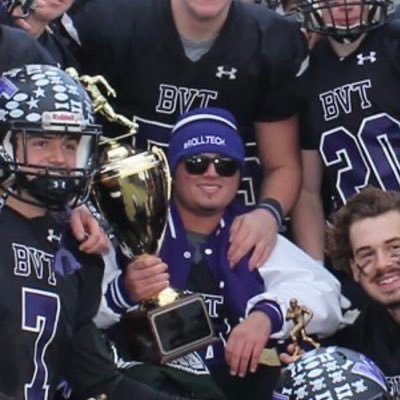 When news came down just after 12:15 on Friday that the Fall II football season would be played, programs around the state rejoiced, but it meant even more to one program in particular.

For the Blackstone Valley Tech squad, this season needed to be played not for them, but for fallen teammate Tony Pena. Pena passed away just over a year ago now, and before the “regular” fall schedule was canceled, the Beavers had planned a couple different ways to continue honoring him throughout the season.

After having to nervously wait out the last few months, when the Beavers take the field in March, they will get to properly run out of the tunnel and make sure their former teammate is still part of the game in what’s sure to be an emotional season.

“Similar to what we did last year, we’re going to honor Tony by putting his jersey in the doorway of the locker room so every player can touch it before heading out to the field,” explained senior Kyle Vaughan. “Also, two of the captains will hold his jersey during the coin toss and national anthem.”

The Beavers honored Tony during his fight last season, but now the BVT football family feels it’s necessary to make sure Pena is part of every game and every season moving forward.

“Whether it was going to be February, next fall, or every year after that, we’re certainly always going to honor Tony’s memory,” said head coach Jim Archibald. “What he went through and the courage he showed through it in the face of everything, it was such an inspiration to us. It’s one of those things where we’ll never lose that memory and we’ll always honor that and tell his story, especially for kids coming up in the program that didn’t know him.

“We’ll always try to keep his memory alive whether it’s helmet decals, a jersey or a picture in the locker room. Whatever it is, that’s certainly at the top of our list. It’s similar to what we did with coach (Derek) Yancik the year before with decals. We always talk about him and try to keep his memory alive and we’ll continue to let the kids know how much they both loved being part of this program.”

Unfortunately for Valley Tech, football games aren’t won simply because of emotion. Archibald is entering his 10th season as head coach and knows in order to be consistently good you need great leadership.

When the Beavers strap on the pads in three weeks for the first day of practice February 22, Vaughan and classmates Cam Gallagher and Carl Muanya will be the captains leading the way. Archibald also added juniors John Furno and quarterback Josh Mateo to the list of guys he’ll be relying on heavily.

“Those five guys are going to be our core leaders,” said Archibald.

As leaders, it’ll be imperative for the captains to make sure everyone is locked in during preparation each week, especially with just a five or six game schedule. So, how hard has it been trying to keep guys focused in such a strange offseason?

“Throughout the pandemic, having practices and getting the team together has been tough,” said Muanya. “We put together socially distanced captains practices throughout the summer and we’ve all been working separately to try and make sure everyone keeps their families safe.”

Not seeing BVT make a deep playoff run will be strange for those of us that have covered this program for the past decade or so, but the news that there would at least be some type of season on Friday was still enough to make players and coaches statewide feeling like it was Christmas morning.

“Our main focus this year is to enjoy these last games we have,” said Gallagher. “We know we don’t have that many on the schedule, so we want to go out on a high note.”

Whether the Beavers go out with a bang or not remains to be seen, but the only thing that really matters in this shortened 2021 season is that their brother will be on the field in spirit with them once again.

“We’re playing for Tony,” added Muanya. “That’s where our motivation comes from this year, we’re dedicating this season to our fallen friend.”