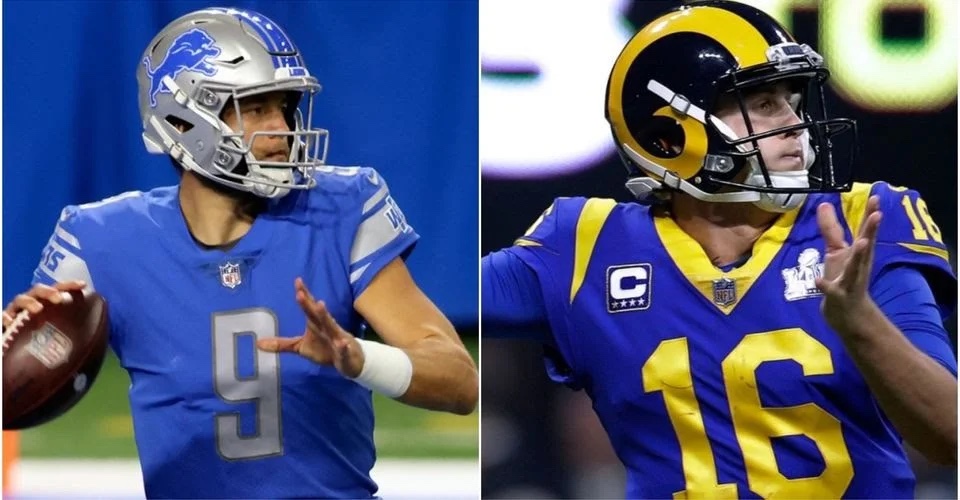 The Los Angeles Rams and Detroit Lions made a blockbuster trade on Saturday night. Detroit sent quarterback Matthew Stafford to the Rams for Jared Goff, two first round picks (2022, 2023) and a third round pick.

The Rams were desperate to unload Goff’s contract and the only way they could do it is to give up more first round picks. The Rams have not made a first round selection since taking Goff first overall in 2016.

New Lions general manager Brad Holmes knew the Rams were in a tough spot with Goff because he worked for the organization. He knew Rams general manager Les Snead was in a bind and ownership wanted to move on from Goff. Holmes capitalized on the situation by securing two first round picks in order to take on Goff and his contract.

The Rams are taking on two more years at $43 million for Stafford. Statistically, Stafford has been the better quarterback over his career. The Rams are banking on him being an upgrade.

Who won this trade solely depends on who you think is the better quarterback. In my opinion, the Lions fleeced the Rams.

The perception that Goff is broken is silly. Sure, his interception numbers have gone up the last three seasons. He hasn’t been the same since the loss to the Patriots in the Super Bowl. That doesn’t mean he’s toast at 26. He can be fixed. New Lions offensive coordinator Anthony Lynn can do that by simplifying the game for Goff and running the football. Just doing that will help Goff turn things around.

Goff has won three playoff games and been to a Super Bowl. I am still trying to figure out when he turned into Mike Glennon.

I understand the allure of Matthew Stafford for the Rams. There is no question that Stafford is the more physically gifted quarterback in this deal. He is going to be 33 next week however time is ticking in many ways. The Rams have him for two more years and they need to win with him now.

The Lions conversely are on the hook for four more years with Goff at $103 million dollars. That’s about $25 million and change per season. The kicker is, $43 million of it is guaranteed over the next two years. The contract isn’t good but if Campbell and Lynn can get Goff back on track, it might not be a bad deal comparatively speaking.

One other aspect of this trade is that it set the quarterback trade market for this off-season. Established, veteran quarterbacks will not be cheap to acquire. If you want one, you are going to have to pay for it. That does not bode well for the Patriots who are one of the teams in the market for a new starting quarterback.

Blockbuster trades like this don’t happen often in the NFL, but when they do, the ramifications are big. It will be interesting to see how this trade plays out in the next four years.

Matthew Stafford now has a chance to play for a playoff contender. We will see if he is as good as some in the national media think he is. For Goff, it is an opportunity to reset his career and get a fresh start.

Both teams are paying a heavy price financially in terms of contracts and dead cap money. It will be interesting to see who wins this deal long term. I am putting my money on the Lions.