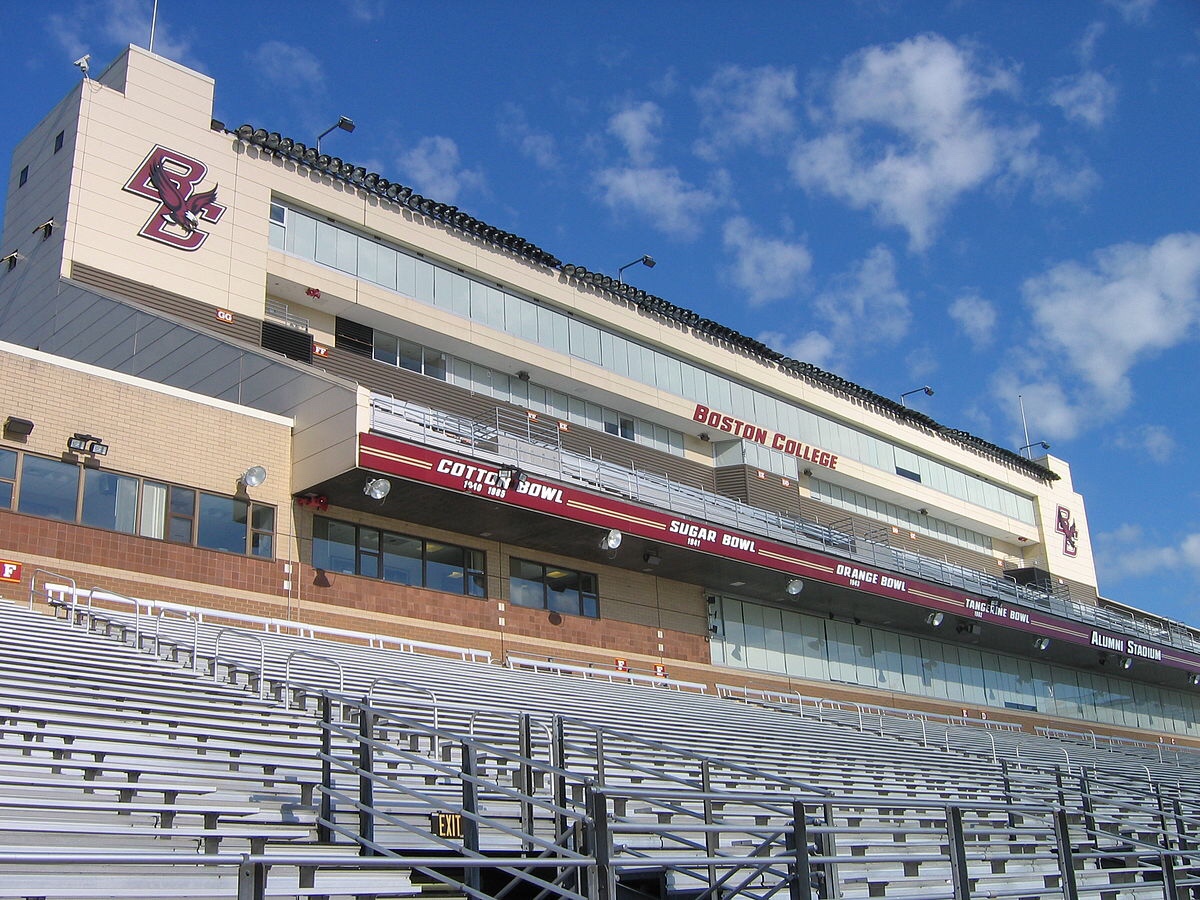 For about 20 minutes on Wednesday afternoon, it felt like college football season again.

Boston College and programs around the country welcomed newcomers on National Signing Day, so head coach Jeff Hafley’s media availability was more of a chance to catch up with the coach and get his thoughts on a variety of things.

The Eagles were relatively quiet Wednesday after doing a lot of their work during the early signing period, but an important chunk of those signees included some Massachusetts kids. Since the day he was introduced over a year ago now, Hafley has talked about how valuable it is to have the state’s best players chose to stay here and pursue their academic and NFL dreams rather than going out-of-state.

It hasn’t been easy, but Hafley and his staff are making BC a destination for local guys, something that hasn’t been the case over the years.

“Maybe a kid knows Boston College because they live close to it, but show them what BC is really about,” he said. “It’s one of the best academic schools in the country. It’s internships galore. You come here and you have the city of Boston right down the road with all the connections we could potentially open up for you.”

Of course, not every local guy is going to want to stay close to home, and Hafley knows that. Still, keeping the most talented Massachusetts players in Massachusetts may be the quickest way for BC to get to where it wants to go.

“We need to keep the best players in the state home,” he added. “Some people said we couldn’t do it and I think we showed that we could. I think (the signing of Drew Kendall and other Massachusetts guys) is a sign to the recruits of 2022, 2023 and 2024, the best guy stayed home. It should show these other recruits what’s coming, and it should create excitement around the area.”

That excitement may be at an all-time high in the next few weeks once high school football officially returns. Hafley was asked about his thoughts on Massachusetts approving some winter football and if he’s looking forward to doing some scouting if protocols allow it.

“I’m thrilled for the players first and the coaches,” he said. “I know they’ve waited a long time to play. We’ve been talking to a bunch of prospects who are excited to get back on the field and play football. The kids I’m most excited for are those guys that may have got overlooked whether they weren’t big enough and grew or finally get a chance to win a starting position and go out and play and put stuff on film.

“Just for those seniors to have the ability to play their senior year of high school. I mentioned before, some of my greatest memories are playing senior year with the guys you grew up with. If we can’t watch in person we’ll get the film and really take a look at the guys who deserve it.”

Hafley was also asked whether or not CAA coaches from UNH, URI or Maine had reached out to him for advice on how to handle Covid after BC put on a clinic in that regard during the regular season.

“I’m excited for the CAA coaches who also have really not had a chance to play,” Hafley said. “No one’s reached out to me. I’m sure they’ve got good protocols and they’re on top of everything.”

There were no recruitment bombshells dropped on Wednesday, but the overwhelming sense of trust and belief in the process that Hafley continues to emote is hard to ignore. It’s only February, but expectations are already high.

That’s exactly where Hafley wants them to be.

“Last year was loss, loss, loss, loss, loss, loss, and it didn’t turn out that way. I’ve learned as a head coach if I get caught up in that stuff it’s not going to go very well and I won’t stay true to who I am. I’m just excited I got to see a schedule. I’m hoping this year that’s actually the schedule we get to play, because last year the original one I was given we didn’t even get to play. I’m excited about it.”