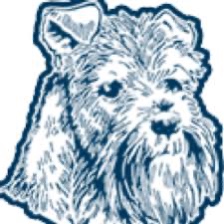 The West Springfield football program has climbed the mountain several times the last few years, but have just missed out on reaching the summit.

After a loss in the Division 2 Western Mass championship game in 2016, the Terriers captured a sectional title a year later but fell to Dennis Yarmouth at Gillette Stadium in the Division 5 Super Bowl. 2018 was a down year with no postseason appearance, but the Terriers bounced back again last season, reaching the D5 WMASS title game before losing to Amherst.

The Terriers won’t have the opportunity to chase a ring during this Fall II season, but players and coaches can’t wait to take the field again – although they’ll have to wait until March 1st due to certain guidelines – and continue building on their recent success. What head coach Chad Labonte and his staff have been able to do has  been pretty impressive based on their lack of depth year-to-year.

“We’re excited to get back out there,” said Labonte who has been at the helm of the program since 2005. “I think what a lot of people don’t realize about Western Mass football is that there are a ton of coaches who do so much more with less. We’ve been doing what we do and having success with 37 kids on our roster including freshman. Some teams have more kids on their freshman roster than we do on our varsity roster.

“We usually have the talent and the kids to compete, we just struggle to find that depth.”

One way to make up for that lack of depth is having a quarterback that can help carry a team on his back offensively. The Terriers have that quarterback in Ryan Russell. Russell, Aiden Landers (OLB/WR), Josiah Griffin (LB/RB), Jonny Rosado (LB/RB), Jadin Andino (OL/DL), Joey Tangredi (DB/WR), Lorik Hajrizi (DL/OL) and Ryan Lynn (OL/DL) are all expected to play critical roles this year.

There are a few things that Russell is hoping to help people outside of the Western Massachusetts bubble recognize this season.

“I think what people should know about West Springfield football is that it’s run by a great coaching staff and we’re surrounded with lots of talent,” he said. “Without being able to compete in the postseason this year, we want to have fun, send the seniors off on a good note and most importantly, get the underclassmen ready for the years to come.”

Getting the underclassmen ready in programs statewide will obviously be more challenging than ever this year, but Russell believes the offseason work the Terriers have been doing should allow the team to hit the ground running in a few weeks.

“I think we’re ready to get the wheels turning,” he added. “We’ve done a lot of things this offseason to allow us to get in shape and be ready for the season. We’ve been given many opportunities to get better individually and as a team. I think we’re prepared to finally get out there and have some fun.”

Another thing that all programs will have in common in a few weeks is finding a way to balance all sorts of changes. Whether it’s frigid temperatures or Covid protocols, practices and attention to detail will be more important than ever for teams to have a successful few months. Labonte is confident he and his staff will have a general idea of how to approach things based on past experiences.

“We kind of have a good idea since we had that trial run in the fall when they let us practice,” Labonte said. “Time is one thing, but now you’re taking weather and Covid protocols into consideration. I think we’ve done a good job, and honestly it goes back to the numbers thing for us.

“There have been years where we’ve had to limit contact just for self preservation, so now I think having been through that it helps us have an idea of how to go about managing things and still making sure guys are being taught the right way. There’s the Covid safety, but there’s also a balance of making sure you keep a lot of the fundamentals of football in place so kids can protect themselves as well, that’s probably my biggest concern.”

West Springfield has had plenty of local support over the years during their deep playoff runs, but this year more than ever, the Terriers feel like they’re playing for more than just the seniors.

“Whatever season we have, I think it’s something the town could rally around,” Labonte added. “From our mayor, to the police, to the fire, our admin downtown and our admin in the building and our athletic director are always incredible. School committee members are always at our games and our town really rallies around all the sports teams.

“It’s such a unique place to work with such a positive structure around you, it’s why I’ve been here for so long. Everyone’s super supportive and we try to make sure the kids don’t take it for granted.”