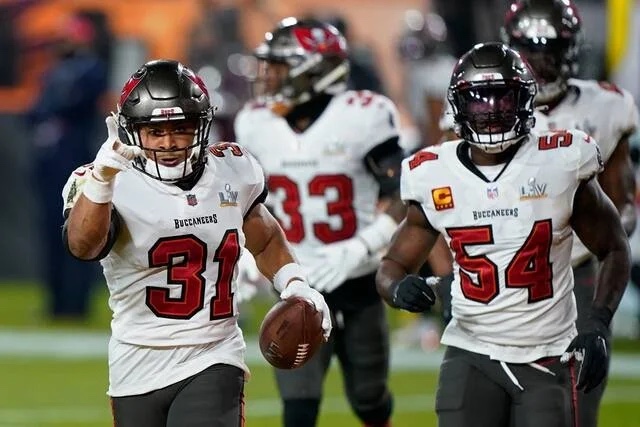 The Tampa Bay Buccaneers defense did something last night that has never been done to Patrick Mahomes and the Kansas City Chiefs high flying offense. They kept the Chiefs out of the end zone.

The Buccaneers put on a defensive performance for the ages in keeping what is arguably the most explosive offense in NFL history out of the end zone.

Tampa’s front seven harassed Mahomes all night and never allowed him to get comfortable or in a rhythm. It was a stark contrast from the Week 12 match up when the Chiefs jumped out to a 17-0 lead after a record setting first quarter.

On that day, defensive coordinator Todd Bowles played mostly man free and blitzed five and six guys consistently. The game plan proved to be disastrous as the Bucs secondary struggled to cover the speedy Chiefs receivers.

Bowles wasn’t going to make that mistake again. Instead of pressuring Mahomes and playing match up man behind it, he decided to pressure less and cover more. Bowles allowed his defensive tackles and outside linebackers to rush the passer and he played coverage behind. On occasion, he brought a fifth defender on delayed pressure, but for the most part, he brought 4 or 5 guys and dropped six and seven into coverage.

The strategy paid off as Jason Pierre Paul and Shaq Barrett dominated back up Chiefs tackle Mike Remmers and guard Andrew Wylie who kicked outside to right tackle. Neither stood a chance against the Bucs vaunted pass rush. Tampa only sacked Mahomes three times but the consistent pressure got to him.

The Chiefs failed to adjust and once that became obvious, the Bucs attacked and dominated the league’s most explosive offense.

Last night’s performance by the Bucs defense will now be remembered alongside some of the great defensive efforts in Super Bowl history. The 2021 Buccaneers defense may not be in the same company as the Steelers Steel Curtain, the 85 Bears, the 2000 Ravens, the 2002 Bucs or the 2014 Seahawks. But for one night, they played like they belonged in the conversation with those defenses and dominated the Chiefs.

The end result was a Super Bowl victory and eternal glory for this young and talented defense that is now among the elite defense of all time.