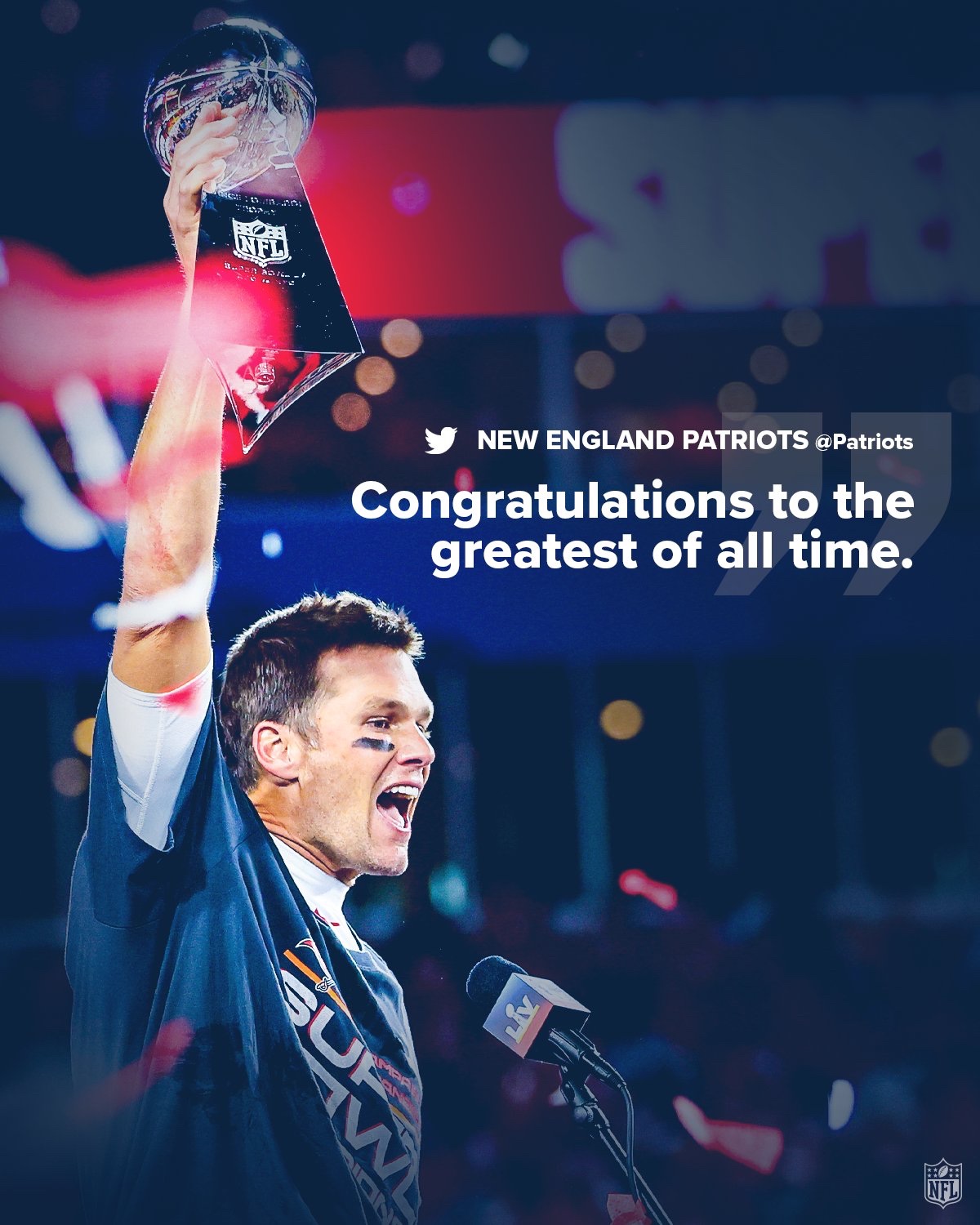 Tom Brady winning the Super Bowl last night was a bad look for the Patriots from a P.R standpoint. Sure, the organization tweeted out congratulating Brady and Rob Gronkowski but make no mistake about it. The Patriots have egg on their face after letting Brady walk last spring.

Truth be told, no one thought the Buccaneers would win the Super Bowl in Brady’s first season in Tampa. The Bucs had the talent but there were a lot of question marks heading into the season. Could Brady fit into Bruce Arians offense? How would the Buccaneers gel without OTA’s, mini-camp or a pre-season? Can Brady still play at an elite level at 43?

All questions that Brady ultimately answered by winning his seventh Super Bowl. In the process, he made fans question the decision by Robert Kraft and Bill Belichick to allow him to hit free agency.

Truth be told, Brady was ready to move on after 20 years. His run with the Patriots had reached its conclusion. Even if the Patriots offered Brady a contract, chances are he would have opted to move on. He and his family wanted something different. Not only that, but Brady saw the writing on the wall. The Patriots could no longer surround him with the talent he needed to win consistently.

Seeing Brady hoist the Lombardi as a Buccaneer hurt. It wasn’t supposed to end that way in New England. Brady was supposed to retire as a Patriot. Unfortunately, things did not play out that way and Brady now has a split legacy between the Patriots and the Buccaneers.

You hope last night motivated Kraft and Belichick to be aggressive this off-season in their efforts to return the Patriots to glory. The fans certainly hope so because they are not happy seeing the greatest Patriot of all time winning a Super Bowl with another team.

The Patriots have egg on their face and it is going to take a while to shake the stench of letting Brady walk after twenty years.