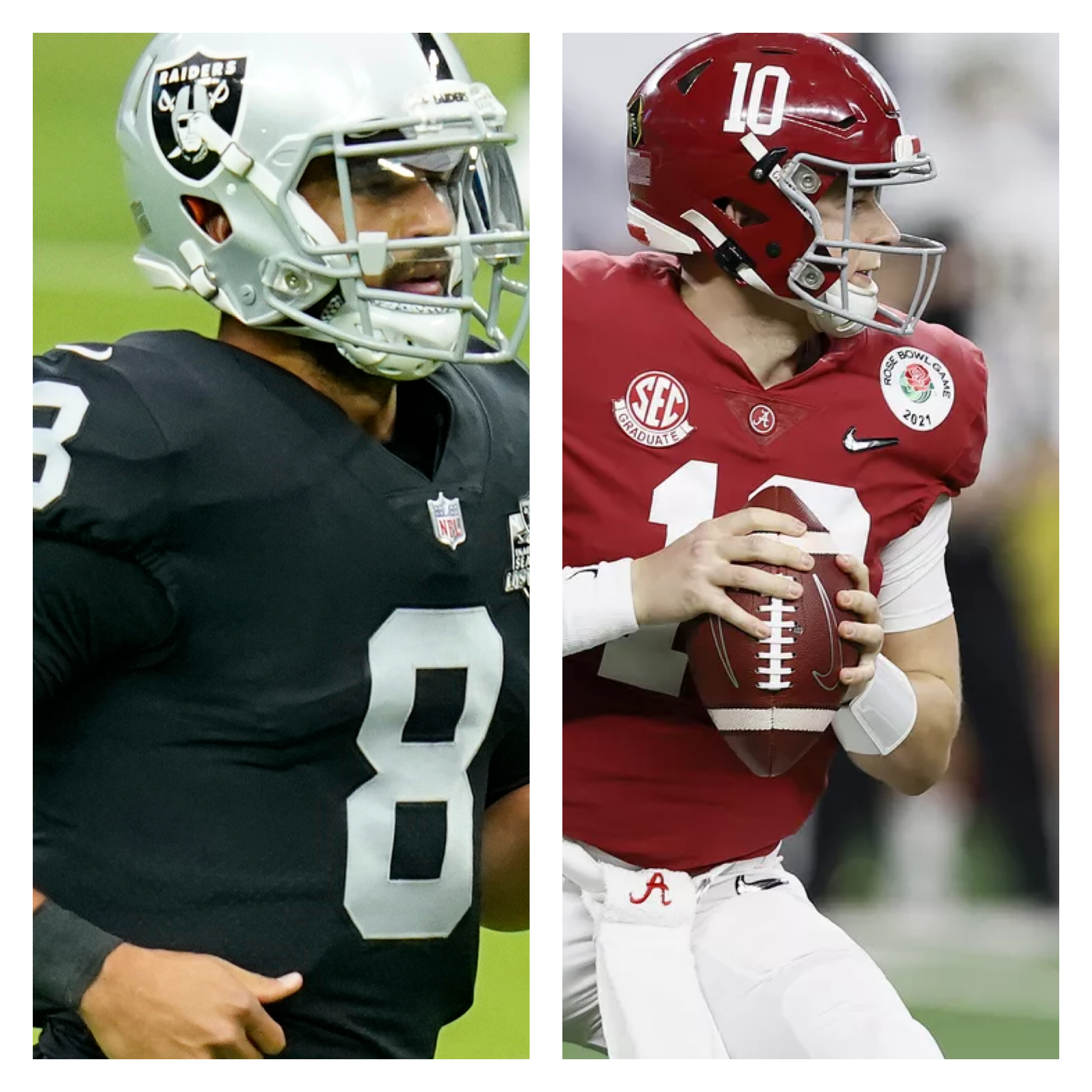 It is still relatively early in the pre-draft process but it is never too early to figure out what the Patriots will do at quarterback.

At this moment, they technically only have one quarterback on the roster and that is Jarrett Stidham. It is safe to say that Stidham is not the quarterback of the future and chances are, that is not going to change.

So, where does Bill Belichick go from here in his never ending quest to find his quarterback of the future? He could go in a myriad of directions but to me, he needs to trade for a veteran quarterback and draft Alabama’s Mac Jones.

When you look at the quarterback market right now, there are still some veteran options available via free agency or trade that could hold down the fort until Jones develops and can take over.

Whether it be trading for Jimmy Garoppolo or Marcus Mariota or signing a Jameis Winston or Mitchell Trubisky, the Patriots need to find a short and long term solution at the position.

Belichick has never drafted a quarterback with a top 60 pick so this would be uncharted territory for him if he took Jones in the first round. However, if the Patriots want stability at the position long term, this is the best approach to take.

It may not be the easiest decision considering all of the other needs the Patriots have but their number one need is quarterback and a veteran along with Jones would solidify the position for a long time.

The drop off in this quarterback class after the top five is pretty steep. The Patriots are more than likely not going to find a future starter on day two or three of this draft.

Next year’s quarterback class does not offer much hope either as it will not be as good as this year’s class. Arizona State’s Jayden Daniels, USC’s Kedon Slovis, Cincinnati’s Desmond Ridder, Oklahoma’s Spencer Rattler, Georgia’s J.T Daniels and North Carolina’s Sam Howell are at the top of the class but we need to see more from them as well as others like Miami’s D’Eriq King, Pitt’s Kenny Pickett before we can determine what type of class it will be.

As it stands, Jones is better than anyone in that group right now and would be a great schematic fit for the Patriots because of his accuracy, pocket awareness and high I.Q. All traits that Belichick values above other aspects of the position.

It is time for Belichick to think outside the box and do something different. It is time to draft a quarterback in the first round. If Mac Jones is there at 15, the Patriots should take him.

Pair him up with a veteran that can help you in the short term and let him develop into your future starter.