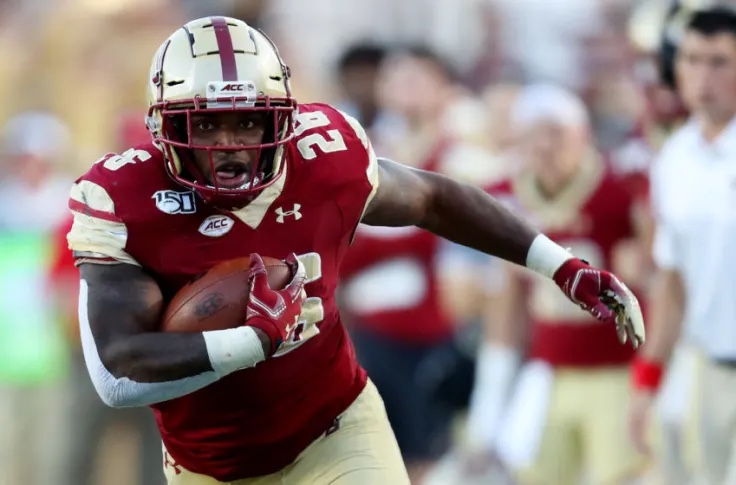 Running back David Bailey entered the transfer portal on Thursday in a move that is not all that surprising considering the fact that Bailey struggled last season to replicate the numbers he put up in 2019.

The Ridgley, Maryland native struggled to fit into a scheme that is designed more for a multi-cut zone running back than a power back. You could see throughout the season that Bailey was just never comfortable in the offense.

At 6-0 236, Bailey is a power back who is best suited for a man-gap scheme that allows him to run inside the tackles. With his size and power, he will have plenty of schools interested in him. As for the Eagles, they have several options available to them to replace Bailey.

Travis Levy and Pat Garwo both saw action last season and are physically better fits. Levy is more of a traditional spread scat back while Garwo is a smaller, more physical runner who runs with a good pad level and balance. Both backs can play all three downs because they are good receivers out of the backfield.

Andre Hines and freshmen Lewis Bond and Xavier Coleman will all be in the mix to get carries as well. The Eagles also added West Virginia transfer Alec Sinkfield yesterday which gives them an experienced running back who could step in and make an immediate impact in 2021. He is explosive both as a runner and as a return man.

The Eagles are in good position to replace Bailey but his entrance into the transfer portal is a surprise nonetheless.