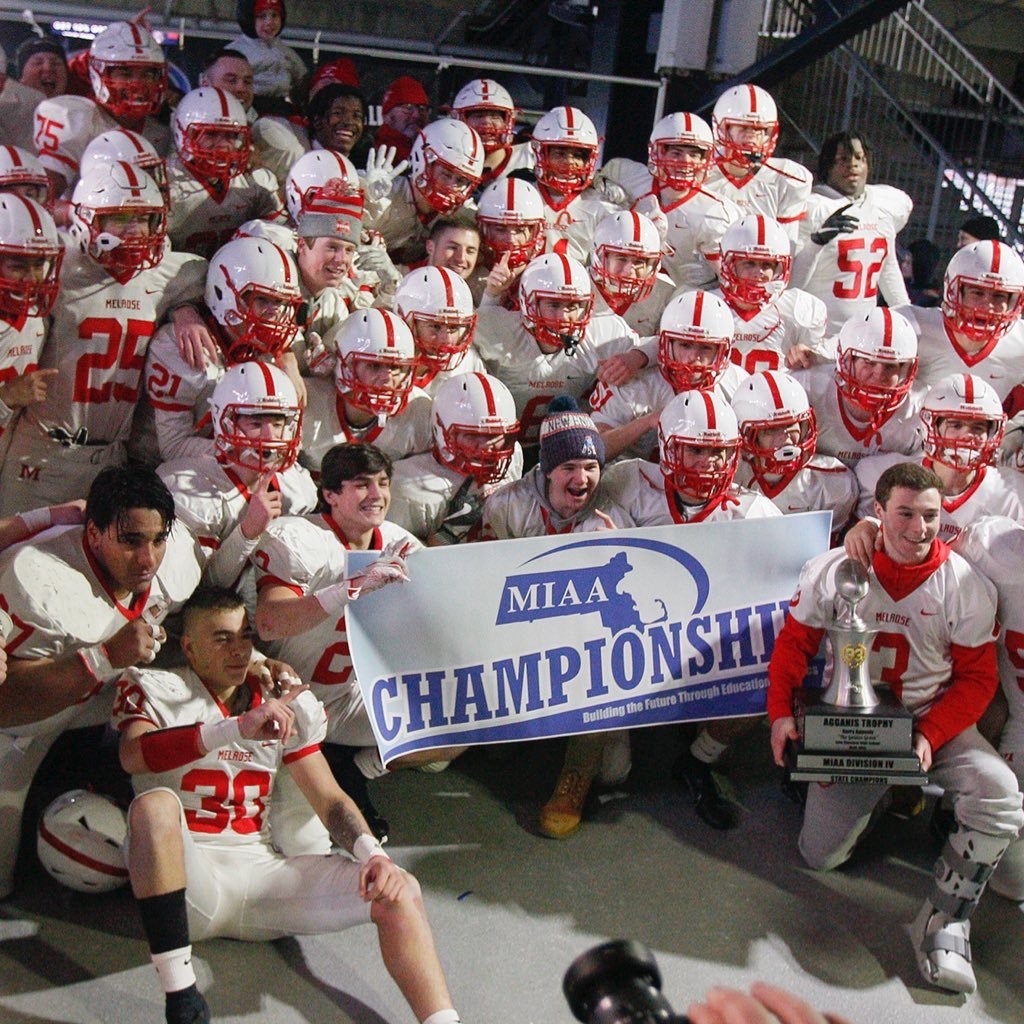 Our next preview is focuses on Division 4 which is a deep division and has several programs that could be experiencing an upswing this season.

Here are my thoughts on Division 4.

1. Melrose should once again in the conversation for the top team in the division. The Red Raiders graduated some key members from their 2019 Super Bowl team but do return quarterback Brendan Fennell.

2. Expect Milton to be one of the favorites in the Bay State League. Steve Dembowski has plenty of skill to work in his high flying spread offense. Quarterback Chase Vaughn has the potential to be special.

3. Marblehead finished 6-4 in 2019 but the Magicians have enough talent coming back that they will once again be a factor in D4 North.

4. If you are looking for a sleeper in D4, look no further than Norwood. The Mustangs went 4-7 in Manny Lopes’ first year as coach but return a talented junior class and strong senior class. The Mustangs are poised to give Holliston a run for their money in the TVL Large.

5. Revere had one of the best seasons in program history in 2019 and will look to build on it in the Fall II season. Sustainability will be key for the Patriots.

6. Jaime Tucker will not be coaching Nashoba during the Fall II season. Instead, long time assistant Andy LeBlanc will coach the Warriors. The team is in good hands and it helps having an experienced signal caller back like Josh DiGeronimo.

6. Silver Lake has a new head man in former offensive coordinator Jim Winters. The long time assistant and Foxboro native will look to build off of the successful tenure of former coach Chris DiGiacomo who led the Lakers to three playoff wins in five years.

7. Wayland will once again be one of the better programs in D4 North but Scott Parsegian and his staff have to replace several key seniors most notably quarterback Mason Bolivar.

8. Dartmouth struggled during the 2019 season but Coach Rick White had a young team. Look for the program to bounce back this Fall II season. Junior Will Kelly will take the reigns at quarterback.

9. Fitchburg is coming off of a 7-4 season and was a D4 Central Mass finalist in 2019. It’s been a long time coming for the program and now the Red Raiders are poised for a big Fall II season. The return of senior quarterback Montgomery Graham and junior running back Anthony Oquendo makes Fitchburg one of the team’s to beat in D4 Central.

10. North Reading finished 9-2 in 2019 and with a solid senior class back, could continue to make noise in D4 North. WR/DB Robbie Tammaro is one of the best skill players in the division.