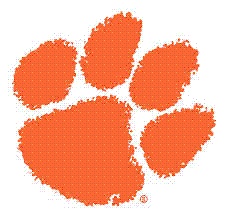 Like all AD’s statewide, navigating the pandemic while trying to get kids out to their respective sports has been tough. Thankfully, there is a light at the end of the tunnel. Not only has Thomson seen other programs get through their seasons, but starting Monday, his Wildcats football program – and most programs across Massachusetts – will have their first day of practice after 14 months apart.

“I think for all of us who are football guys, it’s engrained in you,” Thomson said in a phone interview earlier this week. “Everything from the smells of the fresh cut grass, the leaves falling, everything just screams football and for most of us that goes all the way back to our youth days. It’s been strange to say the least, but there’s a lot of excitement right now.”

Maybe more than some other teams, the Wildcats were looking to get back on the field simply to try and get a bad taste out of their mouth. After a 5-3 year, Lee made a remarkable run to the Division 8 Western Mass title, but fell in the state semifinals. No playoffs following the Fall II season won’t affect the mentality they take this season, though.

“The first goal is to get back on the field,” senior quarterback James Purcell said when asked how he and his teammates are approaching this season. “The second goal is to just go out there and have fun with my teammates and win some games.”

That approach is going to be a popular one around the state since it’s been so long since there’s been any true football competition in the area aside from some of the passing camps around the country. So, does Thomson or Purcell think the team will be able to hit the ground running?

“In the fall we had a passing league that competed with other schools in the county and helped us to keep our offense and some of our defense schemes sharp,” Purcell said. “With all of the restrictions on gyms it’s been difficult for the team to have workouts together but overall I believe that our team will be ready to play in the Fall II season.”

“The excitement is real and I think the kids will be ready,” added Thomson. “We were fortunate enough to play in a 7-on-7 league in the fall which kind of kept everybody together. I think that was huge for us bridging the gap to get to where we’re at now. We have a veteran group that’s really excited to get started and we’re primarily excited for our seniors.”

Purcell, Gabe Kelly (LB/RB), Luke Patella (WR/DB), Averin Paradise (TE/DE/OLB), Dylan Tyer (OL/DL) and Josh Hunter (RB/CB) will all be part of the core senior group Thomson is going to be looking to for leadership. Junior guard Elliott Winston is also going to be relied on heavily as well if Lee is going to have another strong season.

Entering his 16th season as the head coach of the Wildcats, Thomson believes this is one of the strongest teams the program has had in his tenure. Meanwhile, Purcell believes Lee and other Western Mass teams will be constantly fighting for respect from the rest of the state.

“The leadership we have coming back this season is really, really good,” Thomson added. “All of those guys have become better players throughout their careers and really, you felt the worst for them when all of this stuff happened and the season was postponed. They’ve worked so hard to this point, so we’re thrilled to see their faith in this season being a realistic possibility…they haven’t stopped working.”

“I think people should know that there are some very talented athletes on our team and throughout Berkshire County,” said Purcell. “We are often underestimated by the rest of the state.”