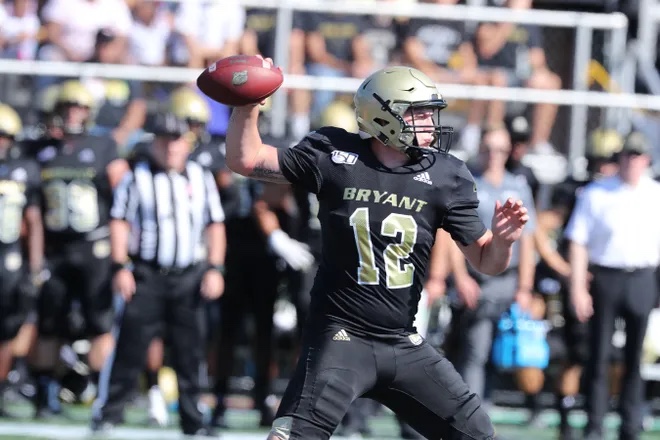 Bryant is going to be playing an abbreviated schedule this season. The Bulldogs are scheduled to play a four game season this month starting this weekend with a trip to LIU.

Curtis became the starter down the stretch of 2019 and threw for 1,700 yards and seven touchdowns.

Curtis will have plenty of weapons at his disposal most notably running back Daniel Adeboboye and wide receivers Anthony Frederick and Alex Rasmussen.

Defensively, the Bulldogs will be young upfront but return a veteran secondary led by Andre Brackett and David Onyemem. Bracket has 119 career tackles and five interceptions in his career as a Bulldog. He is one of the best defensive players in the NEC.

The Bulldogs have a lot of returning talent and could have a strong spring season if they get the opportunity to play all of their games.