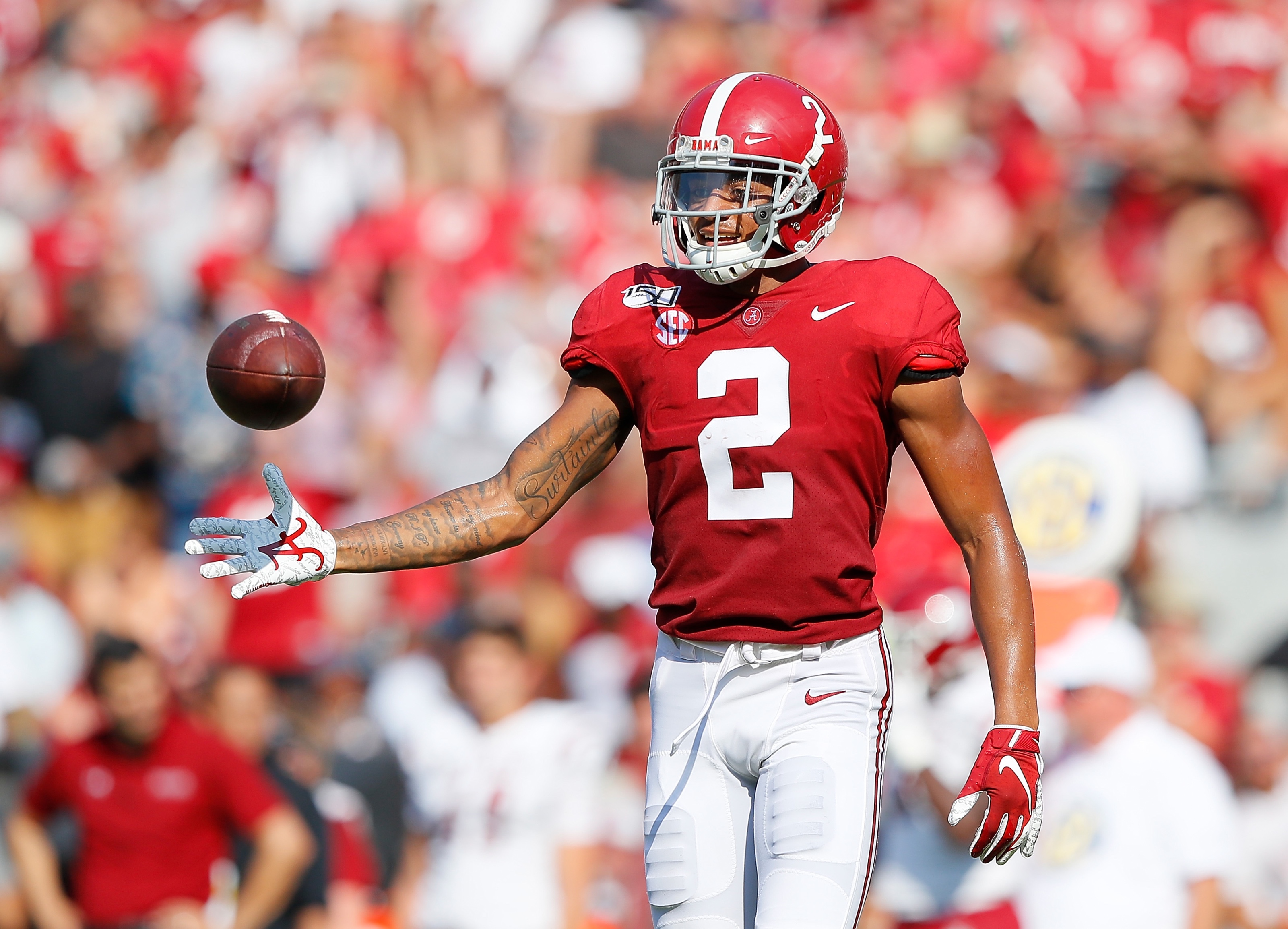 If you have heard of the name Surtain before that is because you have. Patrick Surtain II is the son of former Miami Dolphins and Kansas City Chiefs cornerback Patrick Surtain who played for the Dolphins from 1999 to 2004 and the Chiefs from 2005 to 2008.

Like his father, Patrick Jr is an elite level cornerback who is at his best when he is rolled up and can get physical with opposing receivers. Unlike his father, the younger Surtain is taller at 6-2. Patrick Sr was 5-11.

The younger Surtain was a five star recruit out of American Heritage in Plantation, Florida. His length, athleticism and versatility remind me of current Steelers safety and former Tide cornerback Minkah Fitzpatrick.

Surtain is a top ten talent in this draft but his stock has dropped some around the league. Despite that, there is a good chance he will be off the board by pick 15. If he is there, he will give the Patriots something to think about.

Here is my scouting report on Patrick Surtain II.

1. Man Coverage: Surtain is your quintessential squat Cover 2 in today’s game. He is long and physical at the line of scrimmage. He can get on a hip and carry a route vertically. Stays in phase and flips his hips with ease. Does a good job of accelerating in a bail technique.

2. Zone Coverage: This an area where Surtain excels and why he could play safety as well. Smart in match zone coverages. Recognizes routes and has the footwork to break on them. Surtain has the speed to break on the ball and short areas. Shows good range and can cover ground.

3. Closing Quickness: You see Surtain’s closing quickness underneath in match up Cover 2. He transitions smoothly and can plant and drive on a route break.

4. Key & Diagnose: Surtain does a good job of feeling the route he’s covering and reading the quarterback. He has natural instincts. That is why he is ideally suited to play in a Cover 2 or quarters based system.

5. Lateral Pursuit: Surtain takes good pursuit angles and can locate the ball carrier and make an open field tackle consistently. Plays with his head and works through blocks.

6. Tackling: Surtain is a physical tackler who breaks down in space and takes good angles. Runs through contact and wraps up and finishes tackles. Has long arms and them uses to his advantage as a tackler.

7. Hands: Surtain catches the ball naturally. Some defensive backs have a tendency to be aggressive with it. Not Surtain, he lets it come to him. He does a great job in jump ball situations of high pointing the ball and coming down with it. Surtain finished with four career interceptions.

8. Blitz: Surtain played outside for his entire career so he wasn’t brought off the slot but he was brought on occasion as a boundary corner. Because of his size and versatility, I can see Surtain being used more in pressure packages at the next level.

Surtain checks off a lot of boxes. He is one of the safest prospects in this draft despite not making enough “wow” plays in college according to some draft pundits. It is highly unlikely he will be there at 15 but if he is, Surtain is a player would be a tremendous value at that spot.