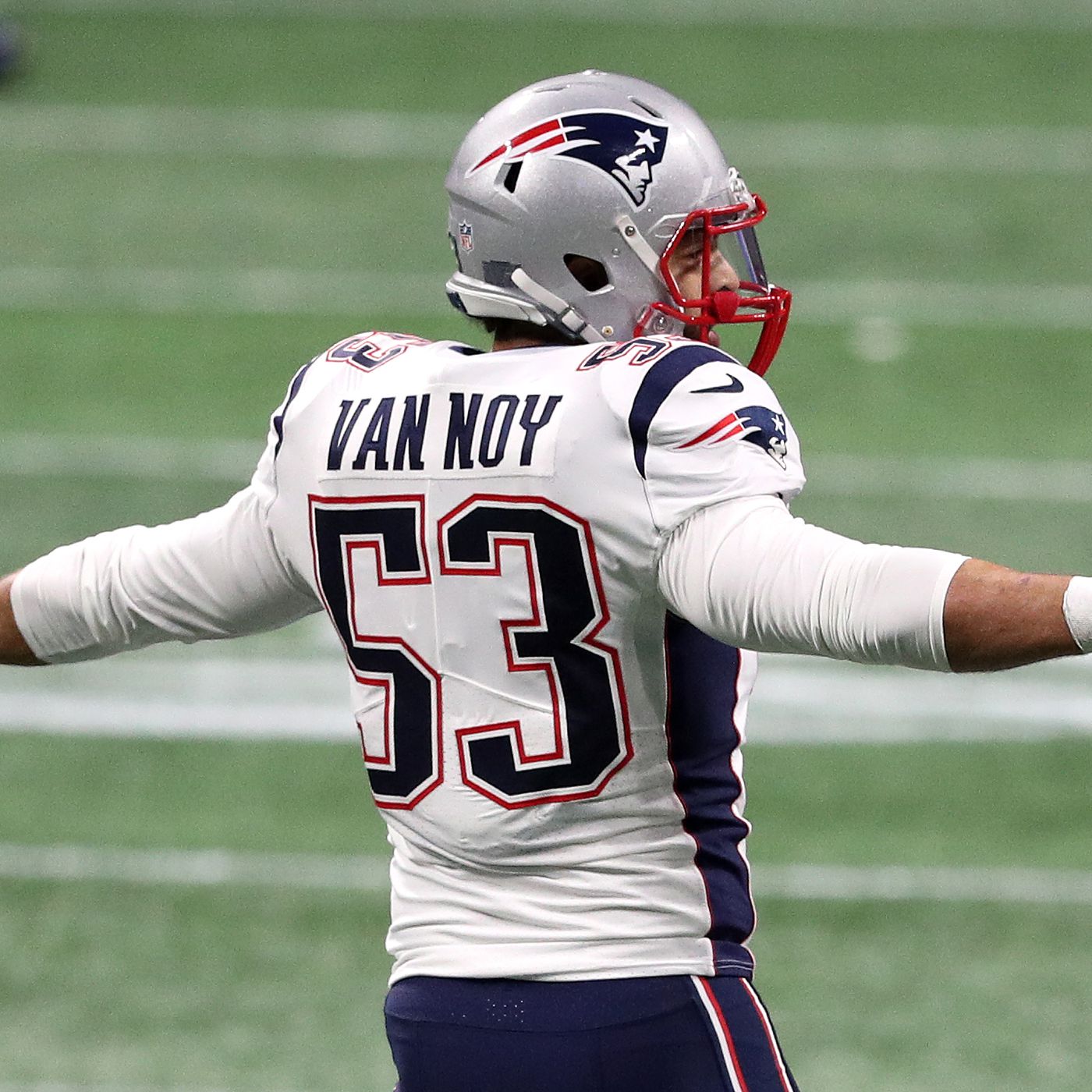 After spending last season in Miami, guard Ted Karras and outside linebacker Kyle Van Noy are back in New England. Karras signed a one-year deal that could be worth up to $4 million dollars. Van Noy signed a two-year, $13.2 million dollar deal a year after bolting for Miami on a massive four-year, $51 million contract.

The return of Karras is a sure sign that the Patriots are probably moving on from free agent center David Andrews. Karras is versatile in that he can play center or guard. He started all 16 games game for the Dolphins last season after starting 20 games total in his Patriots career.

Van Noy bolsters a linebacking corp that struggles last season after he, Elandon Roberts (Dolphins) and Jaime Collins (Lions) all left in free agency. The Patriots issues at linebacker were compounded by Dont’a Hightower opting out of last season. Van Noy’s return coupled with that of Hightower should bolster a unit that struggled mightily last season. Pair them up with newly acquired Matthew Judon, Ju’Whaun Bentley, Chase Winovich, Josh Uche and Anfernee Jennings and the Patriots linebacking corp is all of a sudden more talented and deeper.

Van Noy of course was a jack of all trades for the Patriots while he was here and he can play outside or in a stack alignment inside. Van Noy  became a starter after being traded to the Patriots in 2016. In four seasons with the team, he had 16.5 sacks, 5 forced fumbles and 221 tackles. He also was a part of two Super Bowl-winning teams. His versatility will allow the Patriots to go back and fourth between a 30 front and a 40 front depending on down and distance and personnel.

The Patriots have also shipped players out of town. New England cut defensive tackle Beau Allen and wide receiver Marquise Lee yesterday. Allen did not play last season after signing a two year deal with the team and Lee also didn’t play with the team after opting out last season due to COVID-19. The team traded tight end Ryan Izzo to the Houston Texans today for a seventh round pick. Izzo started 12 games for the team last season catching 13 passes for 199 yards and no touchdowns.