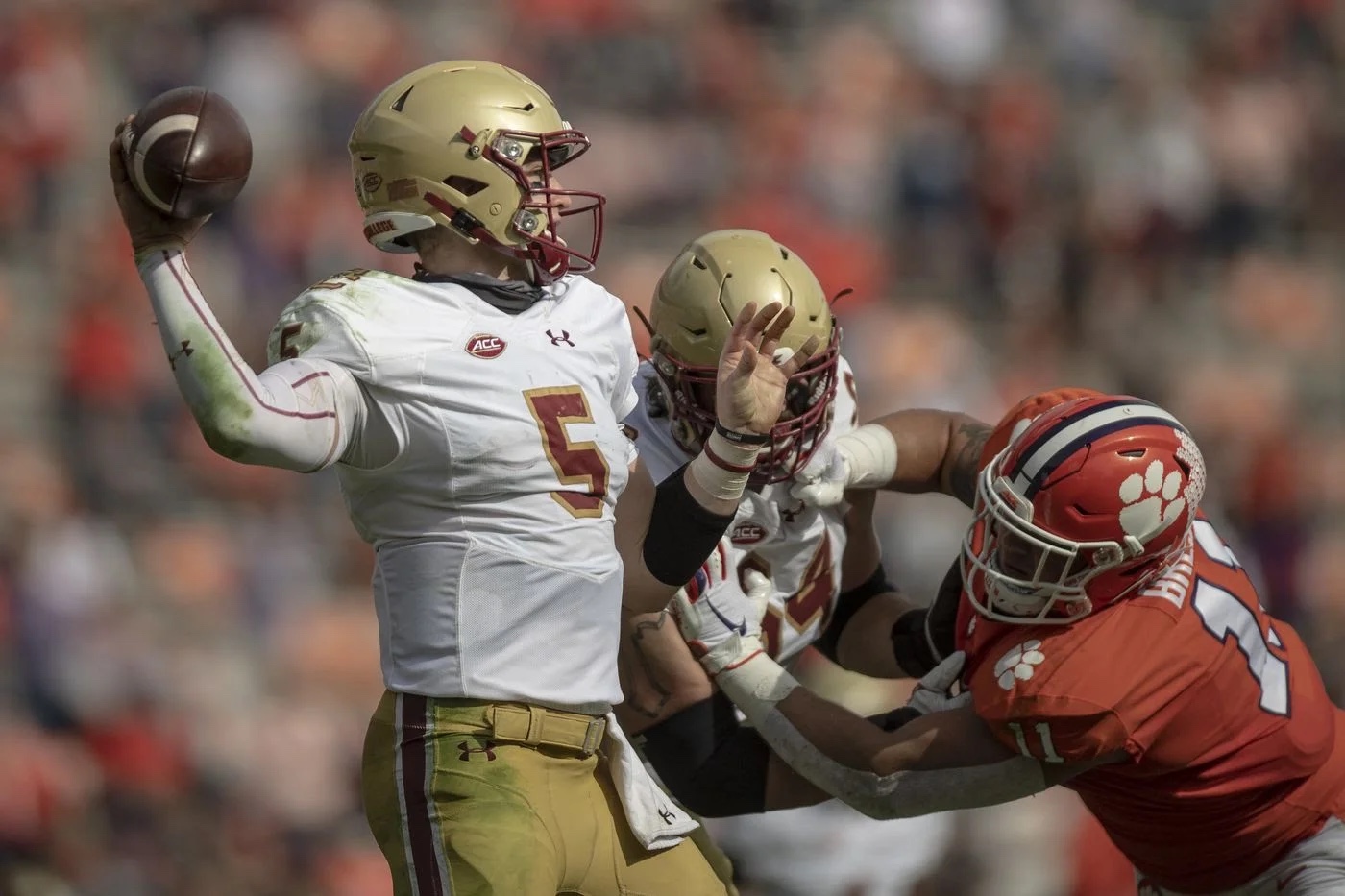 If you thought Phil Jurkovec’s first year as the Boston College quarterback was good, wait until year two.

The Eagles were back in the field house for their second spring practice on Tuesday and both Cignetti and Jurkovec met with the media following practice to talk about the offense heading into 2021.

“Obviously, with it being our first time together, we kind of had to find out a little bit about who we were in terms of personnel,” Cignetti said in regards to last season. “As the season went on we learned more about ourselves in terms of how we’d have to call the game, the run schemes, the protection schemes, the passing game to put ourselves in a position to be successful.

“We’ve seen that really carry over to the spring. Year one you’re learning it. Year two you have a chance to master it.”

For Jurkovec, the comfortability factor in this system is completely different than it was a year ago as you’d expect.

“It’s definitely a different feel going into spring ball this year,” he said. “We have our whole offense installed and we’ve got a lot of reps at it. We may have some wrinkles in the offense, but it’s the same one we ran throughout the spring and the summer so there’s a lot more of a comfort level with it.”

With the offensive line returning and a wide receiver room that includes Zay Flowers, CJ Lewis and Jaelen Gill, it’s almost unfair to the other teams in the ACC that Jurkovec and Cignetti will be getting Kobay White back in the mix as well. Jurkovec expressed quite a bit of excitement when asked about the speedy receiver’s return.

“We have a lot of weapons and Kobay’s another one,” Jurkovec said. “He’s a great receiver and has made a ton of plays for BC before I got here. I got to throw with him a little bit but I didn’t really get to practice much with him so I’m really excited for him to come back because I know he’s a great playmaker.”

One key element that isn’t returning is Hunter Long, who is set to participate in BC’s Pro Day on Friday. Long’s production and leadership can’t be filled by just one guy, but Cignetti isn’t going to be shying away from his tight ends this year, which means someone will have to step up.

“Hey, we don’t expect the production to change,” Cignetti said. “Does that mean the tight ends will catch as many balls? We can’t say that because the defense will ultimately determine where the ball goes, but this is a tight end-friendly offense and we have very high expectations for that group. We’ve got a great young tight end room and we’re excited to see them play.”

There’s obviously a long way to go before we know just how special the 2021 Eagles offense can be, but there’s no denying that Boston College is already ahead of where it was last year not only because a number of key players have returned, but because even the coaches wanted to continue building what they started a year ago.