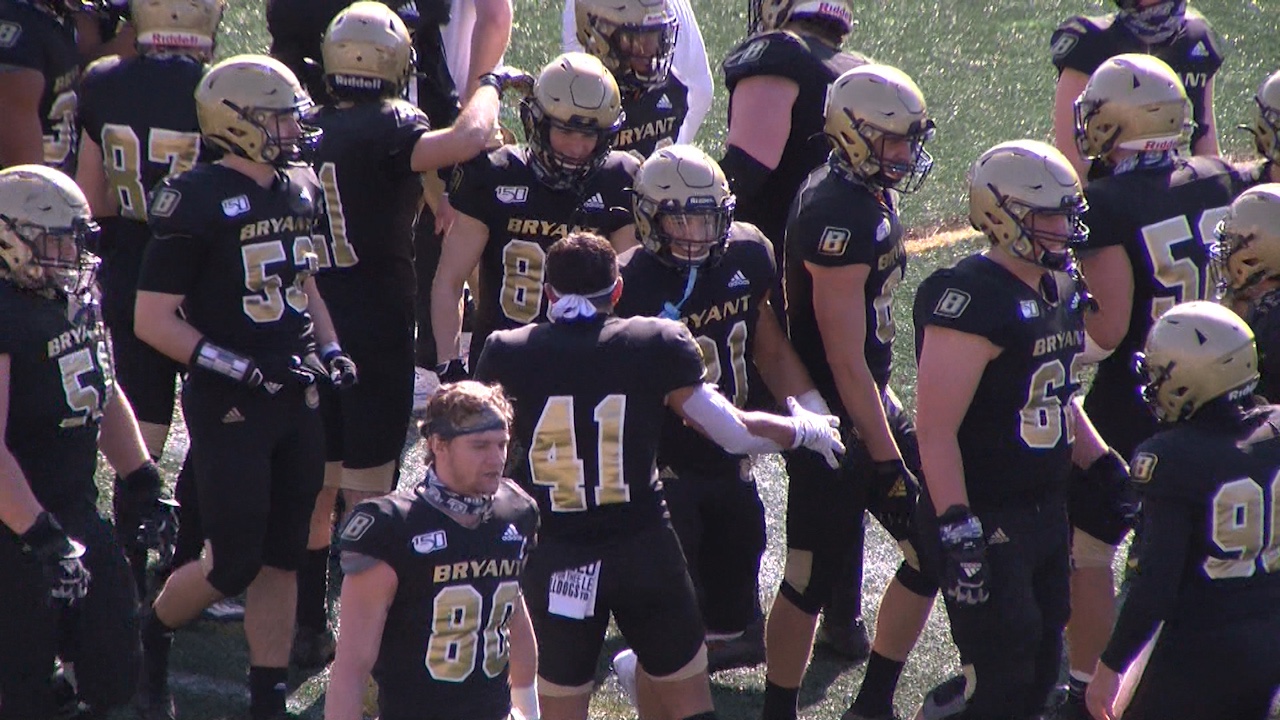 The Bryant defense has been ballin lately. Isn’t that what the kids say nowadays? In all seriousness, the Bulldogs defense dominated Wagner on Sunday in a 27-7 win.

The Bulldogs defense was supported by a strong running game. Sophomore Shai Young rushed for 72 yards on 11 carries and scored a touchdown. Back up junior running back Daniel Adeboboye and back up true freshmen quarterback Ryan Clark also scored touchdowns for Bryant in the win.

Bryant went up 14-0 in the first quarter and thanks to the strong play of the defense, the Bulldogs dominated play. The two teams did not score again until the fourth quarter with Bryant score twice more to seal the deal.

The Bulldogs are now 2-1 and they wrap this abbreviated season on Sunday when Duquesne visits Smithfield. Kickoff is at 12 pm.