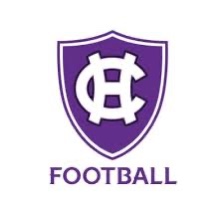 In a sign of the times, Chesney and his staff at Holy Cross prepared for three different teams at one point last week as this spring schedule continued changing with various teams dealing with Covid protocols. Ultimately, the Crusaders found out that their long awaited home opener – originally slated for March 20 before Lehigh had a positive Covid result – would be happening this Saturday at Fitton Field when Fordham visits for a 1 P.M. kick off.

One day at a time has never meant more than it does now.

“We understand we just need to continue to go day-by-day here,” Chesney said when he met with the media on Tuesday this week. “We started the week of practice with Fordham on Monday and then we shifted over to try and prepare for Colgate on Tuesday. Then, on Wednesday we got a call that Lehigh might not be out but Colgate is out, Lehigh is now in. We got to Thursday afternoon and they were out as well.

“Coaches were staying late at night preparing for three different opponents and there’s a lot of emotion that goes into this too. You’re trying to get ready for this next game and you’re giving everything you’ve got focusing on that one team, then that’s canceled, then the next one’s canceled and when you think about it it’s probably a tougher week on the coaches than the players…I thought (the staff) did a great job and I thought our players did a great job practicing given all the different circumstances and we all understand it’s going to be a day-by-day operation here moving forward.”

With news also coming recently that Holy Cross would be allowing a small number of fans into Fitton Field, the excitement to get back out on the home turf after over a year is hard to overstate. On the flip side of that, does Chesney have to worry about guys being too jacked up and emotional in the moment?

“They definitely can be,” Chesney acknolwedged. “We try to make sure there are game day periods, situational periods, compete periods, things they’re doing all the time so that when we get to game day it’s not like wow this is the first time we’ve been through this. When they get to game day, they have either been exposed or revealed numerous times throughout that week and throughout that season.

“I think that’s really important. When you step foot on that field, a lot of times people will talk about it like it’s a formality. The game is won and lost before you even step foot on that field and that’s a message we try and talk about with our team. When we get there on Saturday, if we absolutely gave our best every single day in practice then there’s nothing more we could have done.”

It’s been quite a long, strange road to get here, but the Holy Cross football team will finally get to play a real game at Fitton Field on Saturday.

Don’t worry. The calendar says March but the field looks ready to go too.

“I went for a jog down there a little bit (Monday) and the field’s in great shape,” Chesney said. “When you stand in that stadium and you look around, it is big. You can socially distance many people in there. It’s a large facility and obviously the grounds crew has kept it in great shape.

“It’s a beautiful place and it’s ready to go.”