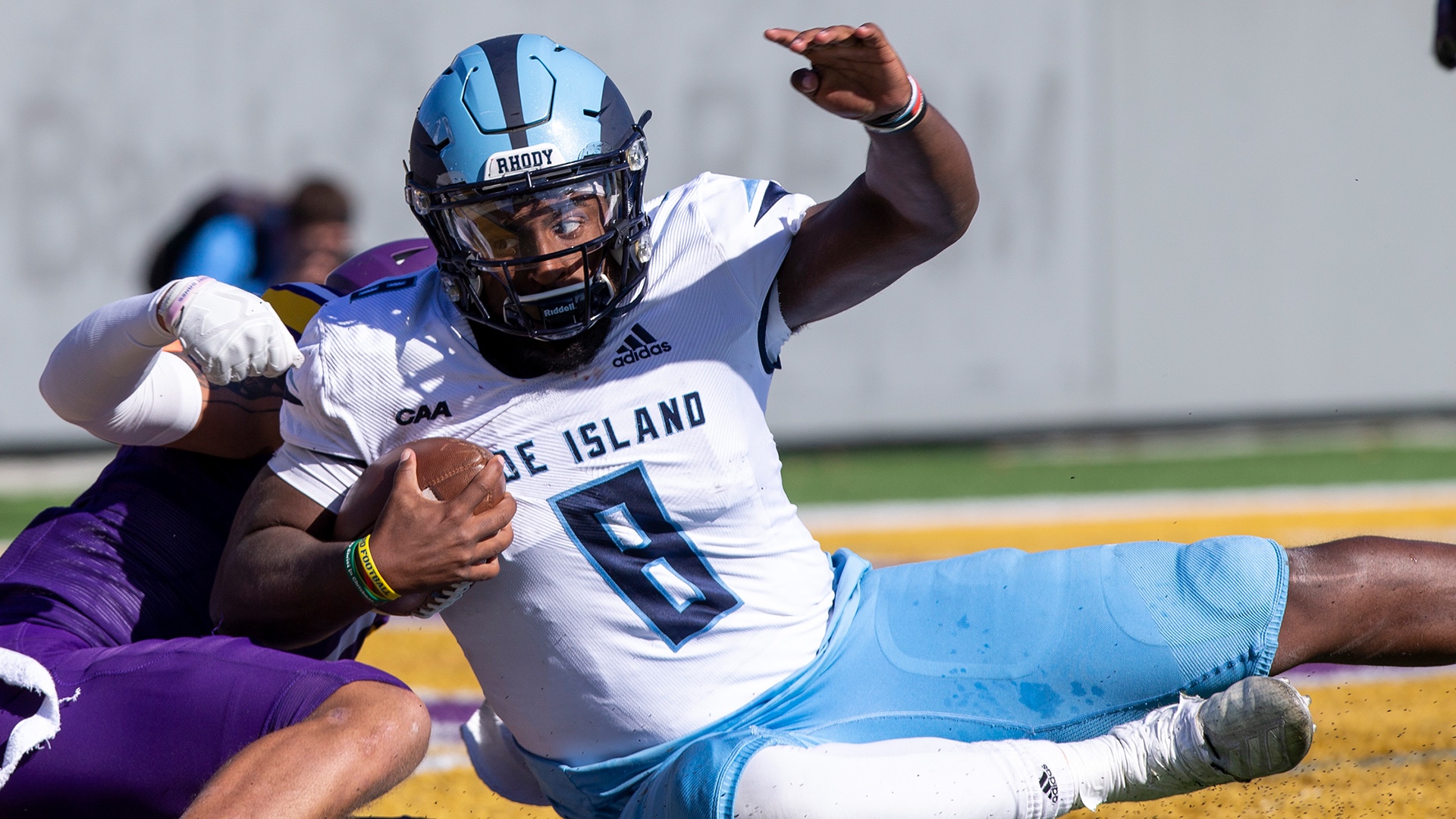 Kasim Hill and the Rams face their stiffest test yet this season when they host Delaware today.

It’s hard to believe that it is already week four of this abbreviated college football season.

UNH was scheduled to play Villanova but the Wildcats were canceled again due to COVID-19. They have not played since week one against Albany.

Maine is off this week. The Black Bears are scheduled to host Villanova next Saturday in Orono.

Two weeks after beating Lehigh, Holy Cross is back on the field today at 1pm when they host Fordham in a game that should have been played two weeks ago.

Bryant and Merrimack wrap up their NEC seasons tomorrow. The Bulldogs will host a good Duquesne team while the Warriors travel to LIU to wrap up their season.

Finally, the most important game of the weekend is today when 18th ranked URI hosts Delaware in their home opener. Both teams are undefeated at 2-0. The Rams have the biggest in FCS football this spring beating Villanova and Albany on the road.

Thanks to a strong running game, timely plays by transfer quarterback Kasim Hill and strong defense, URI is well positioned to win the CAA and get a playoff birth.

As always, we’ll have the games covered for you this weekend.