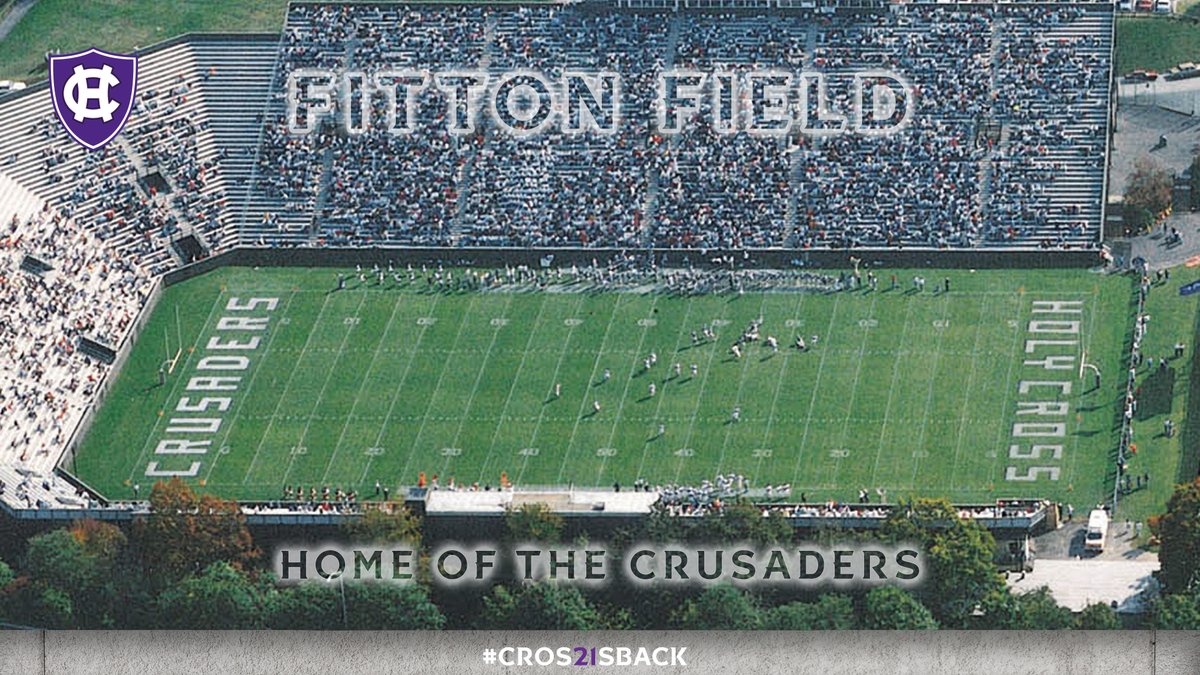 Saturday afternoon was a long time coming for many of the older players on the Holy Cross football team who had waited over a year to play a game at Fitton Field again.

Ironically, it was the freshman & sophomores who hadn’t had to wait that long for a home game that carried the Crusaders to a 34-24 win over Fordham in the first game at Fitton since Nov. 23, 2019.

Holy Cross gave up 526 yards of total offense yet still found a way to win the game. Freshman quarterback Matthew Sluka had three total touchdowns (2 rushing) and finished with just 70 passing yards but 145 yards on the ground. Classmate Jalen Coker had a touchdown and 33 receiving yards and their classmate cornerback Terrence Spence blocked a punt and recovered for a touchdown in the win. The Crusaders also managed to rack up 292 rushing yards with juniors Oliver Peter (89 yards) and Jonathan Abrams (34 yards) adding to Sluka’s big day.

Sophomore linebacker Jacob Dobbs was everywhere, finishing with 12 tackles (9 solo) and 1.5 tackles for a loss. Junior safety Terrell Prince had 10 total tackles, with nine of them by himself.

All of this was needed because Fordham quarterback Tim DeMorat had a ridiculous day. DeMorat finished with 496 total yards, 440 of which were passing yards. Dequece Carter finished with a touchdown and 155 receiving yards for the Rams but it was Holy Cross celebrating when the clock hit zero.

“Being back home obviously is just awesome,” head coach Bob Chesney said. “I think seeing some of the parents in the stands was good for them to see their sons. I thought all of it went pretty well. Walking off with a win is obviously the main objective and the main goal and we were able to do that.”

Trailing 7-0 in the first quarter, a Derek Ng 47-yard field goal and 46-yard field goal cut it to 7-6 after one. The Rams took a 14-6 lead in the second quarter after a Trey Sneed 1-yard run. Fordham blocked a field goal attempt by the Crusaders with 4:55 to go in the half, but soon after a defensive stand Spence blocked a punt at the Rams 20 and recovered for his touchdown to cut it to 14-13.

Junior John Smith had a huge pick with two seconds left in the half to half a Fordham drive to keep it a one-point game heading into the break.

A Sluka 15-yard TD run gave Holy Cross its first lead of the game with 6:49 to go in the third. Fordham responded with a field goal and the Crusaders made settling for three hurt almost immediately when Sluka ripped off a 57-yard touchdown run to push it to 27-17. Sluka found Coker from 11-yards out to make it 34-17 with 7:52 remaining before Fordham capped off the day with a 30-yard touchdown pass to MJ Wright with under seven minutes to go.

“It’s amazing, the last time we were at Fitton was obviously a very special moment winning the Patriot League championship,” said Dobbs. “Getting back there, with fans too, it was an amazing feeling. It felt pretty normal out there, it kind of had some normalcy to it and then obviously to get a win against a great opponent like Fordham, I’m very happy about about that, very pleased with that.”

It was a long time coming, but Saturday was well worth the wait for the guys rocking purple and white. Now that the home opener is finally out of the way after so much anticipation, the good news for Chesney and his staff from a coaching perspective is that there’s still plenty of work to be done.

“I still think there’s a ton of things we’ve got to fix,” he acknowledged. “A ton of things from coaching, to playing …there’s just a bunch of stuff that we’ve got to clean up but we’ll get there. We had a couple guys injured which wasn’t great but they played really, really hard and they played for a full four quarters which was important.”