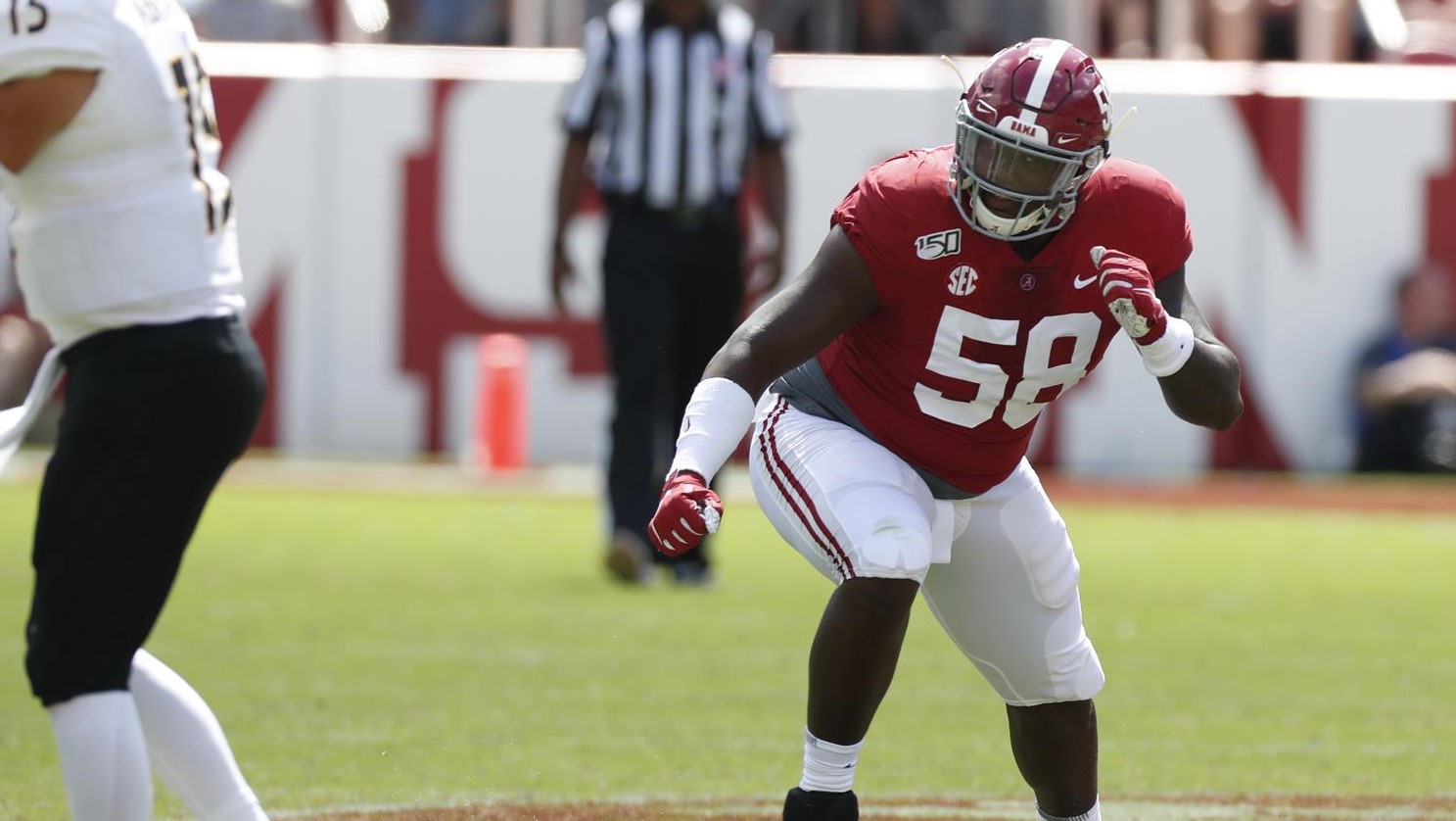 The Bill Belichick, Nick Saban connection is well documented. That’s is why Barmore is the third Alabama player profiled in our sixty players in sixty days series.

Barmore was an unsung hero of sorts for the Tide in their national championship run last season. He didn’t necessarily get the same attention as the offensive stars on the team did but Baramore played at an elite level and was a rock for one of the nation’s top defenses.

At 6-5 311, Barmore has tremendous size and explosiveness. He can play all three downs and offers scheme versatility. A term that is music to Belichick’s ears.

Here is the scouting report on Christian Barmore.

Vs. Run: Barmore is explosive and does a great of penetrating and re-establishing the line of scrimmage. Strong at the point of attack. Uses his hands well and can stick blocks and anchor a gap. Better suited as a one gap penetrator but has the upper body strength to play head and two gap.

Vs. Pass: A pure power pass rusher who wins by attacking half the man. Explosive off the snap for his size. Plays with good lean and bend and can consistently close on the quarterback.

Pursuit: One of the strengths of his game. Plays all along the line of scrimmage and can chase and finish plays from the backside. Does a good job of working through blocks.

Tackling: Barmore is a physical tackler who has a strong upper body and can finish on contact. Finishes angle tackles as well as any defender in this class.

Initial Quickness: Explosive for a man his size. Does a great job of penetrating and putting pressure on opposing offensive lineman. Resets the line of scrimmage and breaks down instantly.

Recognition: High I.Q player who displays an understanding of blocking schemes and how to attack them.

Neutralize Blocks: Strong at the point of attack. Does a great job of getting inside hand position on an offensive lineman, extending and shedding. Plays with good leverage against double teams but can be tall at times.

Key & Diagnose: Barmore doesn’t run up field and take himself out of plays. Breaks down and attacks trappers and pullers. Has a good sense of recognizing plays that go away from him and getting into a pursuit angle.

Barmore wouldn’t exactly be a “sexy pick” for the Patriots but he is a good football player who can align in multiple spots and play in multiple packages. A classic Nick Saban defensive prospect.