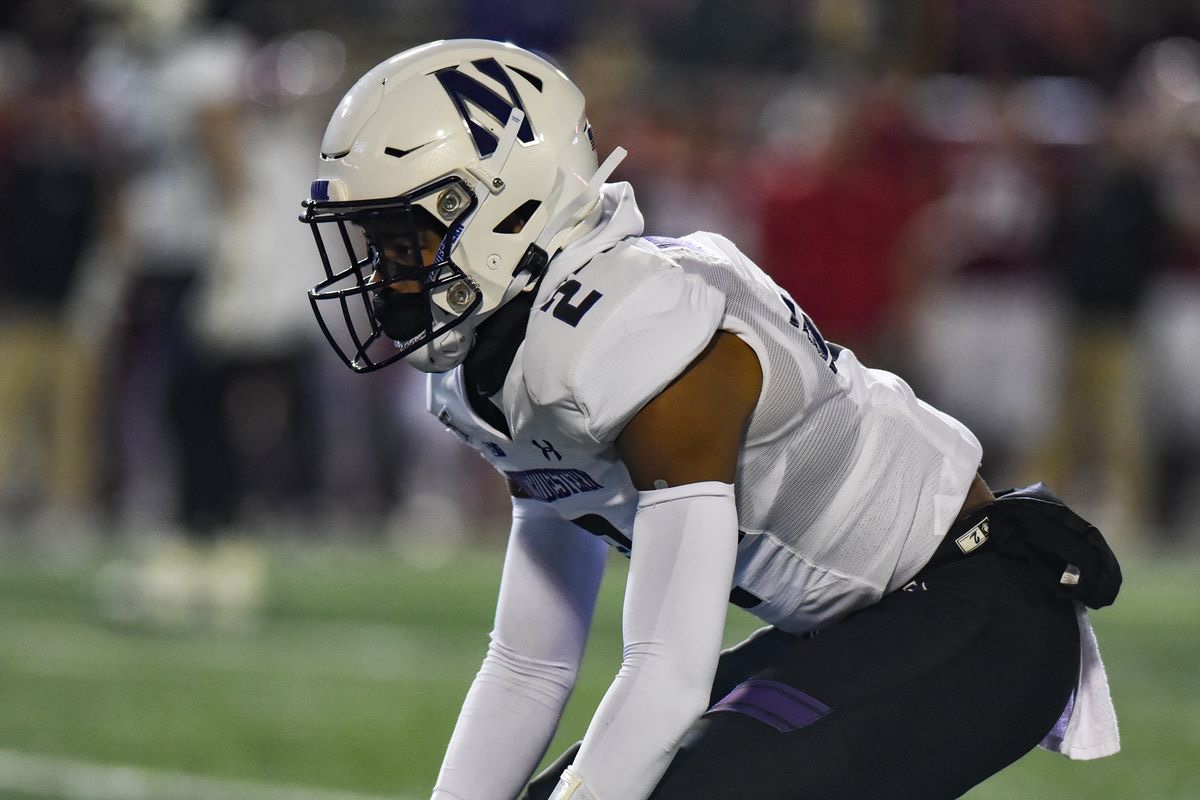 The Patriots have filled many of their needs in free agency but there is still some uncertainty regarding the futures of Stephon Gilmore and J.C Jackson with the organization.

That is why it is not out of the realm of possibility that the Patriots take a cornerback with the 15th pick if they stand pat and don’t trade the pick.

Newsome is a potential target for the Patriots, especially if they were to trade down.

At 6-1 180, Newsome is your classic long corner. He has good size and instincts and can play in a press or off technique.

Newsome played in only 21 games in his college career so injuries have been an issue.

Here is my scouting report on Greg Newsome.

Man Coverage: Newsome has the athleticism and vertical coverage skills to lock on a receiver and carry routes but he is at his best in loose coverage where he can read the quarterback and break on routes.

Zone Coverage: Newsome excels when he’s playing in off or bail coverage and can read the route and break on it. Smooth and fluid in his backpedal. Newsome transitions with ease and can plant and drive on underneath routes and flip his hips and stay in phase on vertical routes.

Closing Quickness: Newsome is an explosive athlete who transitions quickly and easily and breaks on routes on time. Shows good body control and footwork in this area.

Key & Diagnose: Smart. Newsome has a good understanding of route concepts and how to attack receivers and play the ball. Recognizes running plays and RPO’s and rallies to the ball.

Lateral Quickness: Moves well laterally and gets into the appropriate pursuit angle once he recognizes the ball is going away from him. A solid angle tackler. Newsome doesn’t miss when he has a shot at finishing a play in space.

Tackling: Newsome is a good tackler. He wraps up, drives his feet on contact and finishes. Plays with good bend for a long corner.

Hands: Newsome only finished with one career interception but in his defense, teams really didn’t throw to his side much last season.

Blitz: Newsome is ideally suited to play the boundary corner which means that in certain packages and coverages, he can either come off the edge or the slot. He has the speed and explosiveness to be and effective blitzed and get to the quarterback.

Newsome has all the physical tools to play for the Patriots. He is long, athletic and instinctive.

Bill Belichick likes cornerbacks who can vary their alignments and play from different leverage spots. Newsome can do that and be effective. He has terrific upside and has been climbing up draft boards.