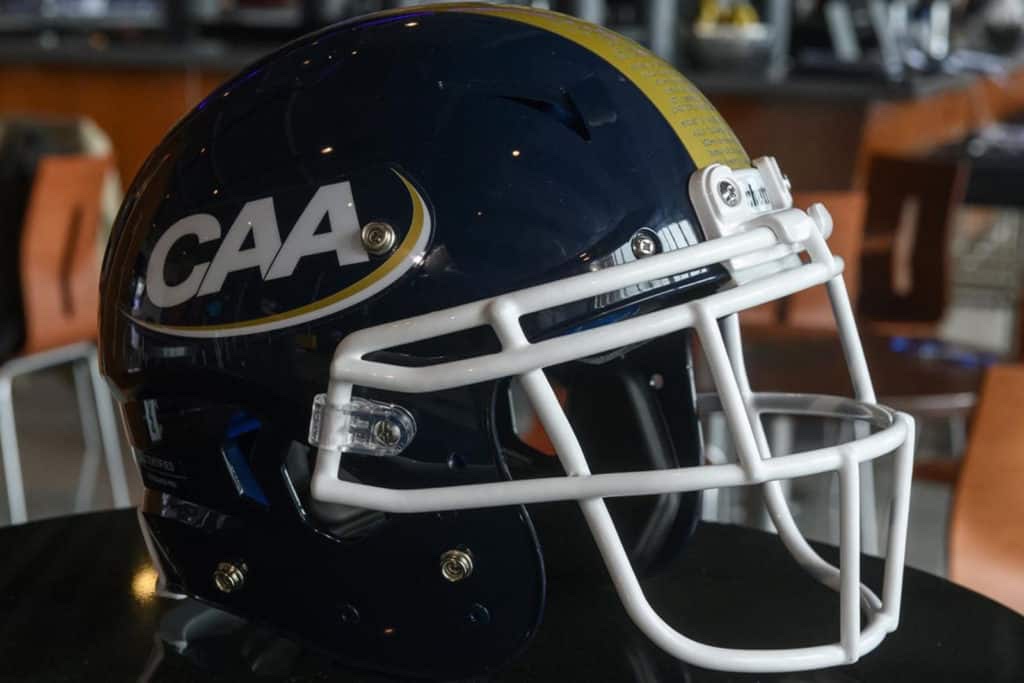 It’s hard to believe, but this short spring season for FCS teams is already entering its final weeks.

After so much discussion, uncertainty and pure chaos trying to get this season up and running, FCS teams are now just a few weeks away from seeing this unprecedented schedule come to an end. While there has consistently been an eye towards preparing for the “real” season that’s set to start in August, URI, UNH and Maine have all treated this strange year like any other, with a CAA championship as one of their main goals.

After having their bye week the Black Bears (2-1) get back to work when they take on Villanova Saturday at noon. UNH (0-1) has been off since March 5 because of Covid after they opened with a loss to Albany. UNH’s opponent this weekend, the Rams of Rhode Island (2-1) are coming off their first loss following two stunning overtime wins to open the year. The Wildcats and Rams will kick off at 1 on Saturday.

Here’s a few thoughts from each coach from media availability earlier this week heading into their important matchups:

“We played okay,” Fleming said of the loss to Delaware. “I thought we hung with one of the best teams in our conference and there was a few bounces that didn’t go our way.”

“We don’t know anything yet we’re just getting things dusted off,” Fleming said Monday when asked who his starting quarterback may be. “We have options to go with either or and as you’ve seen in the first couple ball games we play them both. Not trying to create any crazy QB controversy just looking at the position like any other. We’re looking for performance and productivity and I think we’ve got two guys that can make it happen.”

“You can enjoy your victory or lament your defeat for 24 hours,” Fleming added regarding preparations for UNH this week. “I think our kids are a resilient group and they’re disappointed in not being able to play better last weekend…New Hampshire is New Hampshire. I have great respect for the program and how they do things. It’s not going to change a whole bunch from year-to-year it’s going to be very steady.

“We know what they’re going to do defensively and offensively, we know the players, we know the characters and they present a bunch of challenges.”

“We’ve battled our way out fo quarantine,” McDonnell said when asked what the last few weeks have been like for him and the program. “We were able to practice Saturday and Sunday…we’re going in the right direction. As we’ve been telling the kids, we’re trending upward. We think we should be able to get to the game against Rhode Island and we’re all looking forward to it to be honest with you.”

“Not yet,” McDonnell added when asked if it felt like a normal week of game prep. “Every coach runs into the same issues of getting acclimated again after quarantine. So, kids can come in and do things at different times, but kids that have symptoms have to get certain conditioning done before you can go (back) so you’ve got one kid coming back in our “yellow” tier and one kid coming back in “red” meaning they can’t do much, so we had a few positions hit that hurts you when you can’t practice at the pace you like to practice at. We’ve got some work to do before we get back (to normal) but we’re progressing every day which is good.”

“First of all, at the quarterback position I think they’ve really improved over the last year,” McDonnell said of URI. “Both Hill and Robinson are guys that run their offense the way they run their offense. They’re big guys that can run and it all starts with them. Two overtime wins on the road in the CAA with a young kid at quarterback is impressive.

“They’re well coached on the defensive side of the ball and I think it starts with the interior…this is a different Rhode Island defense, not just up front but they have guys running around flying to the football. We’re going to have our hands full.”

“I thought it went well,” Charlton said of the bye week. “We practiced three days during the week and we were in pads. We did a lot of good situational work with our ones, twos and threes which was really good. We got a lot of special teams done. A lot of situations, we got back to fundamentals…(Sunday) we had a full Villanova practice with a nice hail storm outside. The guys responded well to that.

“I thought it was a good combination of getting some quality work done and then also giving everybody a bit of a physical and mental break on some of those days. I thought it went well.”

“Villanova is a very strong team that’s very talented and well coached,” Charlton added. “The defense presents a lot of issues both personnel wise and schematically. Offensively, they have a ton of weapons and they’re good on D. This is a very, very good football team we’re playing. We’ve got a lot of respect for these guys and we’re definitely up for the challenge but it’s going to be a very quality opponent we’re going up against. We’re excited about it.”

Crunch time is approaching for all three teams. This weekend will go a long way in determining who the CAA’s top dog might be at the end of this spring season.

UPDATE: UNH/URI has been PPD due to Covid protocols