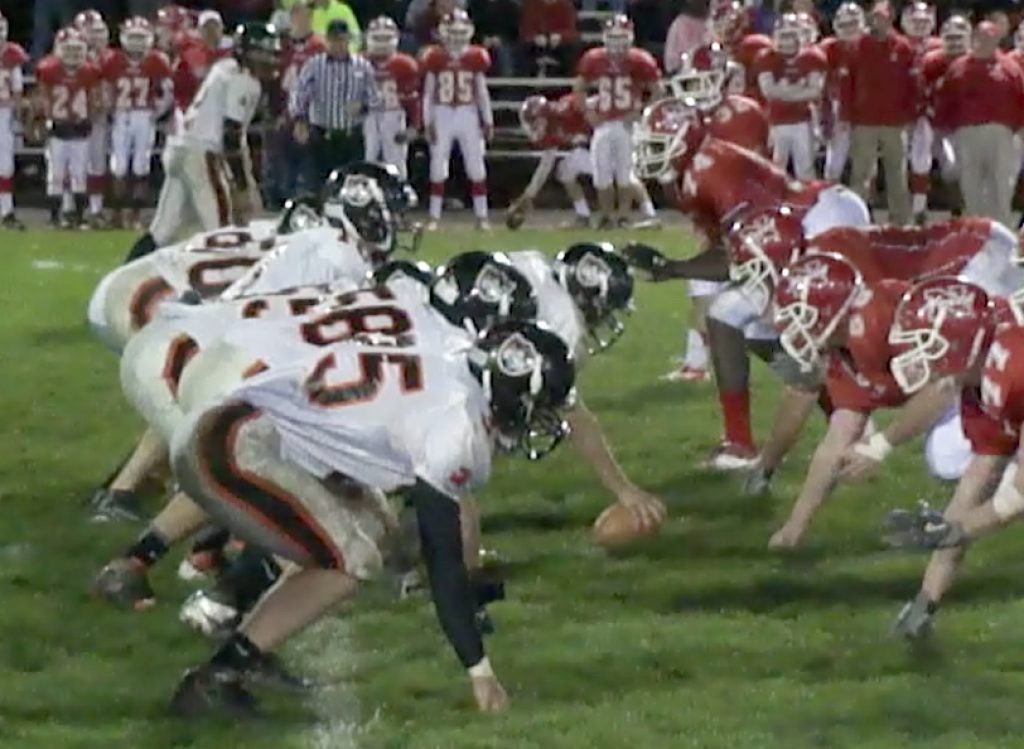 Stoughton and North Attleboro renew acquaintances this weekend in the Hockomock League.

We have made it to Week 4 but there are a lot of cancelations and game switches this week. Here are some of the game to watch this weekend.

#18 Stoughton (3-0) at #21 North Attleboro (3-0): The marquee match up in the Hockomock League this season thus far. The senior laden Knights have a lot talent and experience. The Ais twins have been as good as expected but the Knights as a whole have been very good.

North Attleboro is off to a great start after beating Canton, Sharon and Oliver Ames. This will be by far their toughest test yet.

It’s all about defense and taking care of the ball in this one. Both teams play great D and they are disciplined. Whichever team consistently gets stops and takes care of the ball, will win this game.

King Philip (2-1) at #3 Mansfield (2-0): Arguably the best rivalry in the Hockomock League. The Warriors lost a tough one at Milford last week and their youth and inexperience showed.

Mansfield on the other hand was shutdown due to COVID protocols. Their game against Taunton was re-scheduled to April 16th.

On paper, Mansfield is the better team and the more experienced team. However this is a rivalry game so it wouldn’t surprise me if it was close. It is a game that could go either way. One is thing is certain. This will be a physical and intense game.

Holliston (1-1) at Ashland (2-0): This game has lost a little of its luster after the Panthers lost to Norwood last week.

I expect a physical, high scoring game between two teams that know each other well and have a healthy disdain for each other.

For the Prep, their age and experience really showed last week in a 49-24 loss to CM. Brian St. Pierre is playing a lot of young guys. It shows now but it will pay off in the future.

Both teams have struggled at times defensively so a shootout could be in the works in this one.

#2 Central Catholic (3-0) at Billerica (1-1): Central Catholic was suppose to play B.C High but the game was cancelled due to COVID protocols. So, the Red Raiders scheduled a game with Billerica who is coming off a tough loss to Tewksbury.

Central Catholic has been explosive on offense thus far this season. Despite losing Jermaine Wiggins a couple of weeks ago, the Red Raiders still have plenty of talent and are scoring a lot of points.

Billerica has to find a way to slow this game down. They can do that with their spread power run game. If they cut this game in half time wise, they have shot. If not, this game could get away from them quickly.

Westfield (0-0) at Minnechaug (1-1): The Bombers of Westfield open their season with a trip to Minnechaug in what will be the game of the weekend in Western, Mass. Minnechaug is coming off a win over Holyoke after losing their season opener to Springfield Central.

Both teams are skilled offensively so I expect a high scorning game. Which ever defense can come up with a key stop or generate a turnover will propel their team to the win.