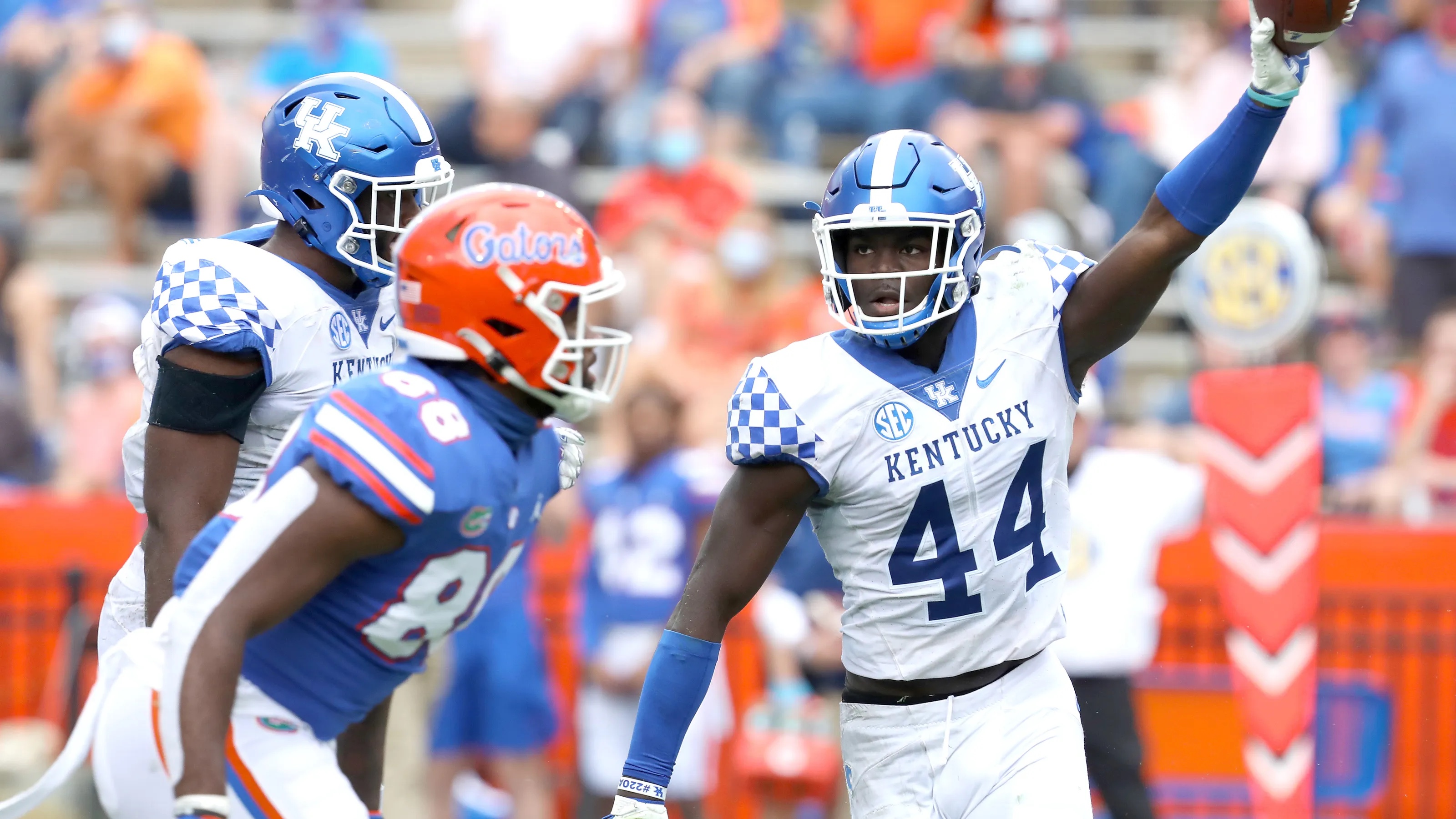 Hightower opted out last season and is in the last year of his contract. He is expected back but this is more than likely his last season in New England.

Despite bringing back Kyle Van Noy and signing veterans Raekwon McMillan and Larry Reynolds to go along with JaWhaun Bentley and Terez Hall, the Patriots lack that play making off the ball linebacker.

Van Noy is better moving around and coming off the edge. As are Josh Uche and Anfernee Jennings who were picked in last year’s draft.

The Patriots need a long term fix at inside linebacker and the athletically gifted and versatile Davis might just be the guy.

Here is my scouting report on Jamin Davis.

Vs. Inside Run: Davis has good instincts. He plays with good eyes and recognizes flow quickly. Attacks blockers and plays half the man. Davis doesn’t play with power at the point of attack. He skirts around blocks at times and has a tendency to struggle to disengage from second level blocks.

Vs. Outside Run: Explosive laterally. Recognizes flow quickly, takes good angles and can spill and finish over the top. Does a great job of staying on the back hip of a ball carrier and beating them to a spot.

Blitz/Pass Rush: Oddly enough, Kentucky didn’t blitz Davis much. He bluffed a lot and showed simulated pressure but he would typically drop into coverage. Davis could be effective coming off the edge.

Read & React: As I mentioned earlier, Davis plays with good eyes and anticipates flow. He doesn’t get stuck on a read. Identifies plays quickly and reacts. An important trait when playing SAM or MIKE linebacker.

Lateral Pursuit: Davis’ athleticism is on full display when he plays the game laterally. He makes a lot of plays from the back side both as a run defender and in coverage.

Tackling: Physical. Stops ball carriers on contact. Plays square and bends naturally. Does a good job of getting into proper position in pursuit and finishing angle tackles.

Pass Drop: Tremendous zone coverage linebacker. This is the area where Davis excels. Looks smooth in his drop and gets proper depth. Stays in rhythm and can adjust to a receiver in his area. Davis does a great job of reading the quarterback and feeling the route in his area. Plays with great anticipation.

Pass Coverage: Davis displays great instincts as a coverage linebacker. Whether it’s man or zone, he has the skill set to be effective in this area. That is why he is climbing up teams draft boards. He is a three down linebacker which in this era of spread offenses and sub packages, is hard to find. Davis picked off three passes in 2020 including a pick six that went 85 yards.

Davis would be a great fit for the Patriots. 15 might be a little high for him but if the Patriots decide to trade down, he could be a potential target for them later in the first round.