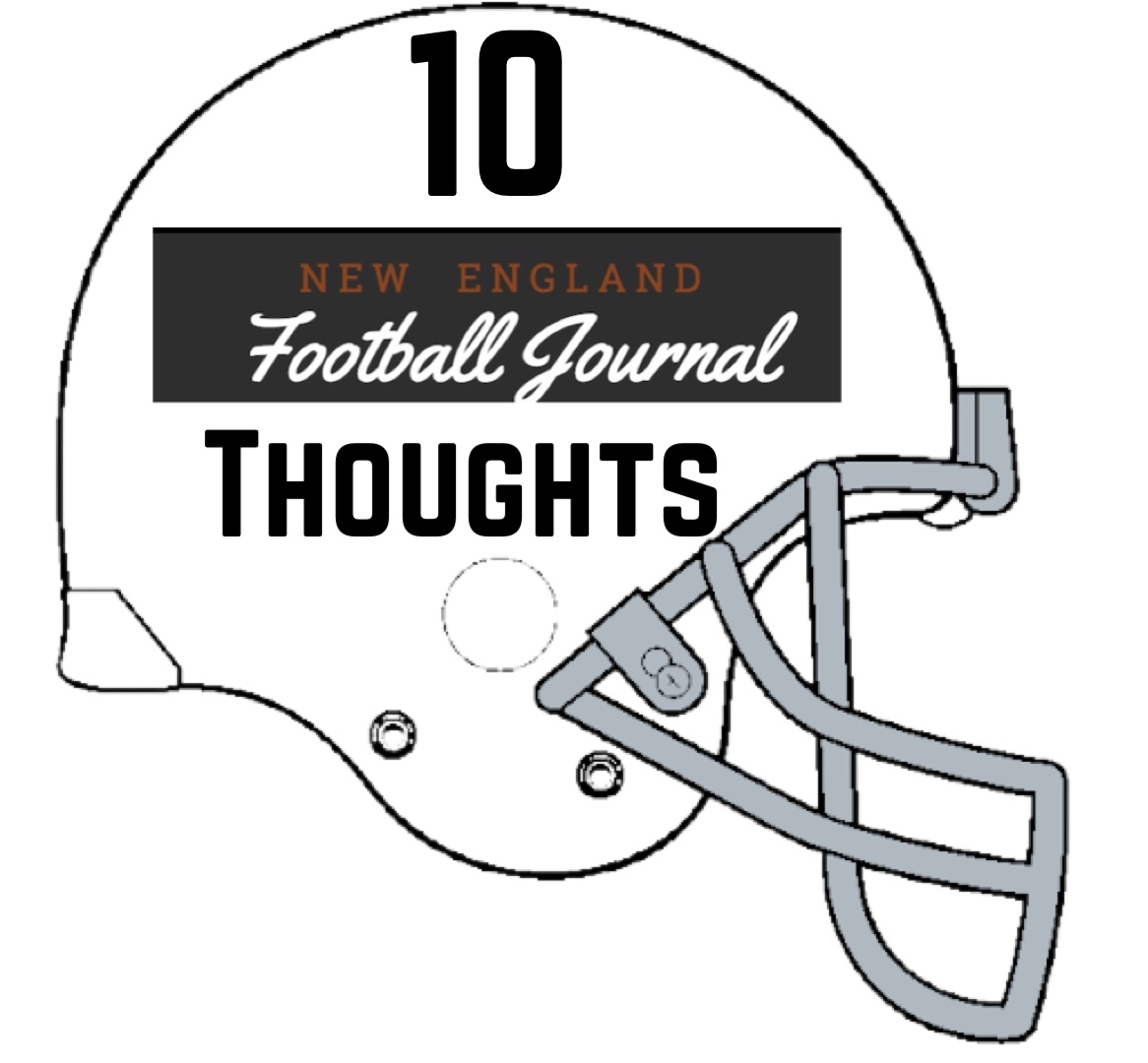 It is hard to believe that we are now on the back end of the Fall II football season. We are through four weeks and some schools will be wrapping up their seasons this week. It truly is crazy.

Here are some thoughts on the week that was.

1. North Attleboro proved that they are for real with a 14-6 win over Stoughton. The Knights were down several key defensive starters but that shouldn’t take away from the performance of the Red Rocketeers defense or their over performance.

2. Tewksbury rolled to another win on Friday beating North Andover. One has to ask. Is Tewksbury the most underrated program in the state?

3. Mansfield and King Philip is usually a highlight match of the season in the Hockomock League but it was anything but that this season. The Hornets cruised to a 28-0 win. The Warriors are young and banged but the Hornets are playing at another level right now.

4. One of the pitfalls of this Fall II season is the last minute schedule change. When one school cancels and another has to pick up a game, it makes it tough on the team looking for a game. Case in point. Framingham. The Flyers beat Wellesley two weeks ago but then turn around and lose to Winthrop last Friday night after needing to find a game late.

5. Duxbury will be facing Marshfield this week in their yearly Thanksgiving showdown. It remains to be seen if the Dragons play any other games.

6. Milford survived a shootout against Franklin. The mark of a good team is winning games in different ways. Milford has done that this season.

7. Reading used a big first half to race past Belmont. The Rockets are legit folks and they will be a factor in D2 come this fall.

8. Bishop Fenwick beat a good Bishop Feehan 21-7 in what was a hard fought game. The Crusaders returned several key players from their 2019 Super Bowl team and those players are making a difference.

9. Holliston racked up 337 yards rushing last week in 27-0 win over over Ashland. The Panthers needed that after being upset by Norwood a week earlier.

10. Central Catholic improved to 4-0 with a convincing win over Billerica in a game that was scheduled late due to COVID. The Red Raiders have had some injuries but they have been very impressive thus far this season.