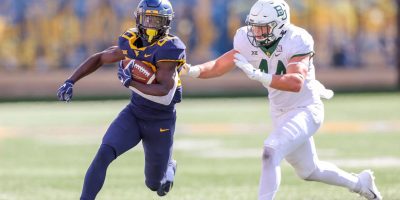 A day after David Bailey announced that he was leaving Boston College via the transfer portal, the Eagles took advantage of the portal themselves by adding West Virginia transfer Alec Sinkfield. Grad transfer with 2years of eligibility https://t.co/CAoler4cm0 pic.twitter.com/tW8Or9tPzO — Alec Sinkfield (@SinkfieldAlec) January 30, 2021 The 5-10 190 native of Delray Beach, Florida played at Heritage High School and was a three star recruit coming out of high school…. 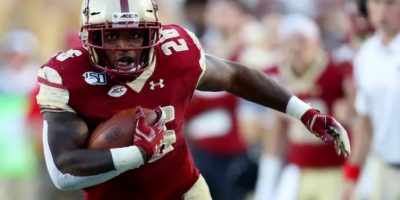 Running back David Bailey entered the transfer portal on Thursday in a move that is not all that surprising considering the fact that Bailey struggled last season to replicate the numbers he put up in 2019. Playing in former coach Steve Addazio‘s run first offense in 2018 and 2019, Bailey was able amassed 1,097 yards and nine touchdowns. Bailey’s production dipped slightly last season in new offensive coordinator Frank Cignetti’s… 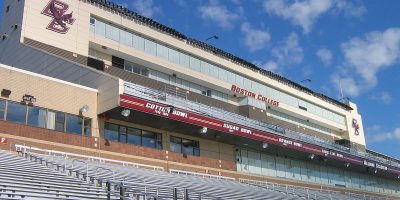 For about 20 minutes on Wednesday afternoon, it felt like college football season again. Boston College and programs around the country welcomed newcomers on National Signing Day, so head coach Jeff Hafley’s media availability was more of a chance to catch up with the coach and get his thoughts on a variety of things. The Eagles were relatively quiet Wednesday after doing a lot of their work during the early… 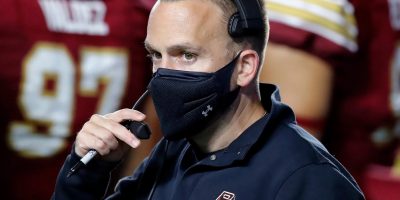 (AP Photo/Michael Dwyer) Boston College released their 2021 schedule today and as always, there are a lot of intriguing non-conference and ACC games. Full speed ahead to Sept. 4! TICKET INFO – https://t.co/cLmwIOPEpB pic.twitter.com/SLwc4Jy150 — BC Football (@BCFootball) January 28, 2021 Here are my thoughts on the Eagles schedule and how I thi no they’ll finish. 9/4: COLGATE: The Red Raiders are well coached and skilled but the Eagles should… 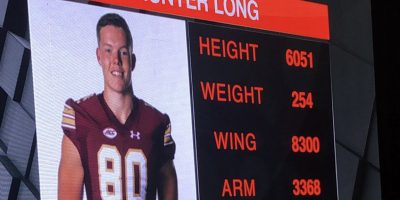 Former Eagles tight end Hunter Long could really elevate his stock with a good week at the Senior Bowl in Mobile. Long is coming off of an impressive junior season in which he caught 57 passes for 685 yards and 5 touchdowns. The Exeter, New Hampshire native averaged 12.0 yards per reception. That is impressive! Long become first year quarterback Phil Jurkovec’s security blanket and was used in a myriad… 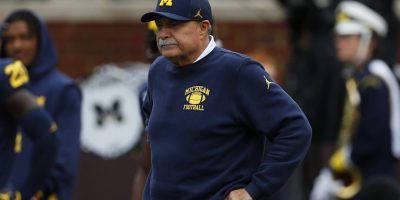 Michigan coach Jim Harbaugh has relieved Don Brown of his duties as defensive coordinator. The move is surprising despite Michigan’s struggles on defense this past season. Don Brown's defenses at Michigan the past five years in national ranking (yards per play allowed): second (2016); sixth (2017); eighth (2018); 10th (2019) and 56th (this year). — Bruce Feldman (@BruceFeldmanCFB) December 22, 2020 Brown is one of the most respected defensive coaches… 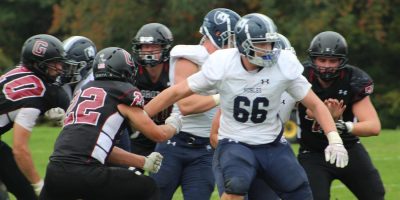 The Boston College football program secured its second four star commitment for the Class of 2021 last night as Nobles and Greenough guard Drew Kendall committed to the Eagles. Landing Kendall, the son of former Eagle and 13 year NFL veteran Pete Kendall was a huge pick up for Jeff Hafley and his staff. Kendall held off on committing before the season or even signing on Wednesday because he wanted… 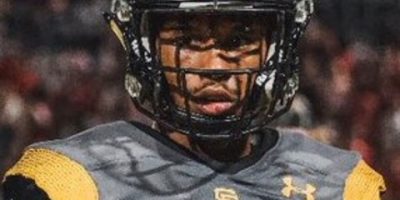 Four star defensive back Clinton Burton headlines a talented 2021 class for the Eagles. National Signing Day is one of the biggest days on the college football calendar. Especially now that it is two days. Wednesday was a big day at the Heights as 25 recruits signed their letters of intent to play at Boston College. The 2021 class is one of the best in program history. The group was… 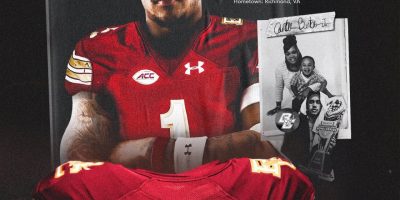 Image courtesy of Boston College Football Recruiting On December 16, 2019, Jeff Hafley was named head coach of the Boston College football team in a jam packed press conference. One year to the day on Wednesday, Hafley had 25 high school players from across the country sign NLI’s. Hafley and his staff even grabbed one recruit from Serbia to cap this wild year. This class is the best in program… 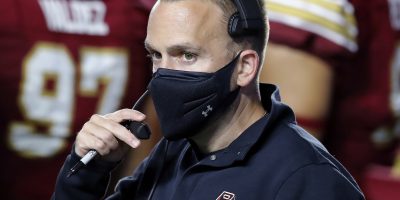 AP Photo/Michael Dwyer Boston College hired Jeff Hafley a year ago yesterday and in that time, Hafley has transformed the Boston College Football program from a semi competitive program to a program that could compete for an ACC title in the future. Hafley has improved all aspects of the program starting with recruiting. Hafley assembled a coaching staff with college and NFL experience. Both he and his staff can not…